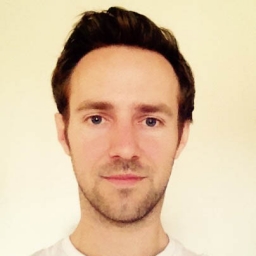 James graduated from Falmouth University with a BA (Hons) in Illustration in 2007. He lives in the UK and is represented by NB Illustration. He loves the countryside, music and illustrating dogs getting up to mischief…

The energy and humour that kids so enjoyed in Steven Vinacour's lockdown broadcasts is all captured in the new book Tudor Tangle, as Ted travels back via the toilet bowl (don’t ask!), to the time of the Tudors and the court of Henry VIII, in search of advice from the chop-happy Tudor monarch himself. Steven has created another unputdownable, hilarious story that zips the reader through time and space (spoiler alert!), laughing out loud!

How to Change Your Parents into Superstars

Louis is back for his sixth speedily-paced comic quest, and this time he’s on a mission to set his comedy career on a more stellar trajectory. “I’ve only one talent,” Louis acknowledges. “Making people laugh. And I’ve dreamed of being a comedian since I was an amoeba.” Unfortunately, though, Louis’s slot on a popular vlog is curtailed when its hosts head to America to pursue bigger opportunities, so he and Maddy, his agent (and girlfriend) must seek new channels for his comic genius. Maddy’s irrepressible can-do confidence is an infectious joy throughout, not least when her unfailing support and invention leads them to track down (who they believe to be) the producer of a new talent show for young comedians. Needless to say, things never go quite to plan in Louis’s wonky world and he must conquer more than a few problems and misunderstandings before he gets his chance to shine. With lashings of laughs induced by Louis’s mindfulness-obsessed, cringe-inducing mum and dad (who misinterpret his pursuit of comic acclaim as a cry for help, and inadvertently go viral themselves), this riotously readable feast serves up an energetic, child-centred perspective on family life, friendship and following your dreams (hitches and all).

Ted has a secret: his toilet allows him to travel through time. Yes – really.  All he has to do is climb in, press the flush and whisper a destination. In this adventure, he’s determined to win first prize for a school project so travels back to Roman times, coming face-to-face with 30,000 legionaries on their way to invade Britain; meanwhile, wearing an authentic toga to school really helps swing the competition his way. This popular series is full of toilet humour (to be fair, the author does apologise for that) and the kind of jokes children love, but it’s packed with historical facts too, including the quirky, memorable ones that really make history come alive. If you’re looking for more zany takes on Julius Caesar and friends, Gary Northfield’s Julius Zebra series is terrific, while Matt Brown has an equally funny take on time travel, though without the history, in the Compton Vallance books.

Other books by James Cottell

Where's the Dinosaur? A Rex-cellent, Roarsome Search and Find Book

Where's the Dinosaur? is full of rex-cellent facts about the colossal prehistoric animals that populated the Earth millions of years ago, with dinosaurs and other creatures to search for and find in colourful search scenes. Roam a Jurassic forest to track a Diplodocus, dive deep into an ocean to hunt a Plesiosaurus and search high in the sky for a Pterodactylus. With over 130 colossal creatures to spot across 17 scenes and fun facts to discover throughout, this roarsome, clawsome search-and-find adventure is perfect for young dinosaur lovers. With bright, humorous cartoon illustrations from James Cottell and fascinating facts from dinosaur expert Dougal Dixon.

In Charlie Prince of Wheels, Charlie and his mechanic, M, are the best well, second best detective agency in town. Join them as they crack cases involving a talent contest, stolen toys and missing chocolate cheesecakes. Chucklers is a series of funny novels, short stories, anthologies and comics that make reading a pleasure for 7-11 year olds. There is something for everyone in this varied collection which is packed with fantastic illustrations. Books contain inside cover notes to support children in their reading. Help with children's reading development also available at www.oxfordowl.co.uk. The series is written by top children's authors and edited by award-winning author Jeremy Strong. The books are finely levelled, making it easy to match every child to the right book.

Puff the Pup Band 02a/Red a

Puff the pup is digging a hole and finding lots of interesting things. But what does he find right at the bottom of the hole, and what is hidden inside it? This energetic story by Tony Mitton is illustrated by James Cottell. Red A/Band 2A books offer predictable text with familiar objects and actions, combined with simple story development. Text type: A simple story with a familiar setting Children can recap the stages of the story in the flow chart on pages 14-15. Ideas for guided reading at the back of the book provide practical support and stimulating activities. This book has been quizzed for Accelerated Reader.