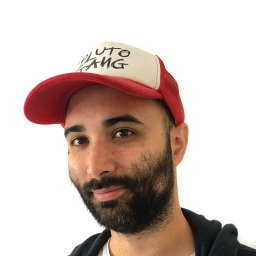 UK-born illustrator Alex Willmore is passionate about character design and likes every outcome to have a real sense of fun. Recognition includes being shortlisted for the Sheffield Book Award in 2017 for The New LiBEARian, while AdoraBULL was shortlisted in 2019. Alex's The Runaway Pea has been nominated for the 2020 CILIP Carnegie & Kate Greenaway Medal. He is author/illustrator of It's MY Sausage.

Mikey the T.rex has a plate of donuts and he really doesn’t want to share them. But with each turn of the page, there’s one donut missing. Who is taking Mikey’s donuts? Uh oh, he thinks it’s YOU! Mikey’s fury is very entertaining and little children will love the thrill of turning the page to discover his reaction when yet another donut has gone missing. Fortunately, all ends in smiles, with donuts all round, and a lesson in good manners as well. This will be great fun to share – expect high levels of squealing!

The Runaway Pea Washed Away

Who can resist a tale of freedom, adventure, the unexpected and new friends, especially when its hero is a pea! This new adventure for the star of bestseller The Runaway Pea starts in the washing up bowl but before long the runaway pea has been swept down the drain – does he mind the mess and slime? No! He’s having a wonderful time. Before long he’s helping out a spider struggling in the water and as the two career out of the drain and into a stream the spider repeatedly offers wise advice – the trusting, ever-optimistic pea sees everyone as a friend, and every situation as an opportunity. His joie de vivre is irresistible, and everyone will be cheering him on. There’s a final twist in the tale too, a glorious conclusion that sets up more adventures. This is one VIPea you really need to get to know!

Things I Love by Bear

There are lots of things Bear loves, and he tells us all about them in this charming picture book. From playing with friends, to reading with Daddy, to wearing his underpants on his head (surely to be a favourite image with readers!), all is described through a jolly rhyming text and accompanying lively illustrations. Even when he’s giving in to the naughty little voice in his ear and playing tricks, Bear still looks cute as a button, like any toddler. This will be a lovely book for grown-ups and children to share, with so many scenes and activities they’ll recognise.

Winner of the Books for Younger Children category of the Children's Book Award 2020 | This quirky caper from debut duo Kjartan Poskitt and Alex Willmore will show you just what can happen when you take your eye off your dinner for a second!

Other books by Alex Willmore

What happens when disaster strikes? Who you gonna call? Superhero Baby! She's the bravest of them all! GO GO BABY POWER! A rhyming, comic caper - guaranteed to get you giggling!

The Runaway Pea Left Behind

We're on the way back from a big shopping trip But the bag's caught a nail and it's started to rip. Dropetty PLOP! Now what could that be? All on his own it's a left-behind pea. Disaster strikes when Pea falls out of the shopping bag . . . Is this the end? Is it ALL OVER FOR PEA?! Of course it's not! Follow Pea as he journeys across the city on a skateboard, and bus, and even on the wings of a passing-by bird - and has the adventure OF A LIFETIME! Sometimes it pays to be small . . . THE RUNAWAY PEA LEFT BEHIND is laugh-out-loud funny, bursting with imagination, and the most perfect third story in this much-loved series. The first book, THE RUNAWAY PEA, was chosen as BookTrust's Time to Read book of 2020, being given to 775,000 children in the UK.

Frog thinks he's pretty artistic and that the rest of the forest could do with a little bit of inventive improvement. From painting to sculpture, to performance art and origami, Frog gets to work on beautifying everything around him ... but will his friends appreciate his creativity? And how will Frog show them he's sorry and that true creative inspiration lies in the friendship of others?

Dinosaurs rip, rage, and roar! Dinos don't rest, relax, or ever get sore. . . . Or do they? Meet Rex, the talon-tearing tough leader of a Cretaceous crew that loves to feed, feud, and fight! All is well in their rough-and-tumble world until they meet the new dino in town: Yogasaurus. Rex disapproves of his yoga pants, the silly chants, and frankly anyone who prefers tree pose to tussling. But how will Rex react when his surly, burly buddies want to try something new? And what is the real reason Rex rejects this new dinosaur? Kids will delight in this chomping, stomping showdown between macho and mellow, as Rex learns what true toughness looks like. With humour and heart, Yogasaurus & Rex reveals the strength of kindness and friendship over bullying and fear.

Can You Find Santa's Pants?

It's Christmas Eve, and Santa's putting on his snuggly red suit. But hang on... WHERE ARE SANTA'S PANTS? He can't deliver Christmas with a bare bottom! Search through mounds of mistletoe and piles of presents to find Santa's underwear and save Christmas! A rhyming Christmas caper - guaranteed to get you giggling!

Kitten is hiding. Let's go and find her! There are lots of animals playing in the garden, but could any of them be Kitten? Peek through the pages and lift the touchy-feely felt flaps to find out!

Puppy is hiding. Let's go and find him! There are lots of animals playing in the park, but could any of them be Puppy? Peek through the pages and lift the touchy-feely felt flaps to find out!

What happens when disaster strikes? Who you gonna call? Superhero Baby! She's the bravest of them all! GO GO BABY POWER! A rhyming, comic caper - guaranteed to get you giggling!

Bear thinks that he is the coolest guy in the forest. He loves to strut his stuff, he loves to do whatever he wants and he never worries about a thing! One day, Bear is strutting his stuff as usual in the forest, not minding where he is going, when he runs into Moose. Moose tries to help him realise that he should take care and mind others and where he is going, but he doesn't care - he does whatever he wants! Will Bear listen or is he about to learn the hard way?

Millie McBean is so excited to meet her baby brother. She can't help but think about all the brilliant things they're going to do together. However, when Rudy arrives he only wants to do one thing - cry! Millie tries EVERYTHING to make Rudy stop crying - toys, books, teddies; nothing will stop him crying. Until, all of a sudden, Millie discovers the perfect thing to make her new little brother happy. WAAAAAA! is a story of the bond between brother and sister and how the simplest solution can often be the key to solving any problem.

Mermaid is hiding. Let's go and find her! There are lots of creatures playing under the sea, but could any of them be Mermaid? Peek through the pages and lift the touchy-feely felt flaps to find out!

T-Rex is hiding. Let's go and find him! There are lots of dinosaurs playing in the valley, but could any of them be T-Rex? Peek through the pages and lift the touchy-feely felt flaps to find out!

This cheerful holiday book shares the adventure of a puppy dog driving a truck to pick up the perfect Christmas tree. Filled with fun vehicle sounds, this story of excitement will especially appeal to children who can't get enough of cars, trains, trucks, and anything that goes vroom! The Christmas Truck features fun rhyming text that describes the colors, sights, and sounds of the season a celebration of favorite Christmas and winter traditions a glittered cover and fun die-cut shape sturdy board pages just right for 0 to 4-year-old hands Full of Christmas spirit, this book is a great stocking stuffer, Advent gift, or thoughtful holiday I love you present for toddlers and preschoolers just learning the joys of the holiday season as well as for any fan of Little Blue Truck and Digger, Dozer, Dumper. Your family will love joining this cheerful red truck in Christmas preparations as you anticipate Christmas morning. Beep! Beep! It's Christmas!

Penguin is hiding. Let's go and find him! There are lots of animals playing in the snow, but could any of them be Penguin? Peek through the pages and lift the touchy-feely felt flaps to find out!

Tiger is hiding. Let's go and find him! Children will love exploring the leafy jungle to find the tiger in this stylish touch-and-feel board book. With peep-through pages and sturdy felt flaps, this series is just the thing for curious little ones.