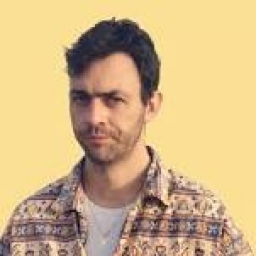 Jack Noel is a Jack of three trades: author, illustrator, designer, who works mainly on children's books and is a co-host on the Down the Rabbit Hole children's books podcast. In 1986 he won the Brighton Cooperative Beautiful Baby competition. Jack lives in London with his family.

OLD books get NEW doodles - it's the classics as you've never seen them before! A hilarious new series that brings the classics to life with illustrations by Jack Noel. Perfect for 7-9 year olds and fans of Tom Gates, Wimpy Kid and Dav Pilkey. And PIRATES. Get your HOOKS into the one and only original pirate adventure! Jim Hawkins spends his life helping out at his mum's boring old inn by the sea, wishing he could sail away and have adventures. But when an old sea captain turns up with a secret, it's the start of a bigger adventure than Jim could ever have imagined - soon he's on a ship on the trail of buried treasure, accompanied by a suspicious sailor named Long John Silver ... Will Jim escape the pirates? Or will he walk the plank? Climb aboard with Jim, a chatty parrot and a bunch of crazy pirates for a hilarious adventure across the seven seas.

A hilarious new series that brings the classics to life with illustrations by Jack Noel. Perfect for fans of Tom Gates, Wimpy Kid and Dav Pilkey. And Charles Dickens.

Other books by Jack Noel

My Headteacher Is an Evil Genius And Nobody Knows but Me...

Highly illustrated school-based comedy adventure for middle-grade readers from an exciting new voice. Meet Tom Ginger. She's shy! she's retiring! She's ... our only hope! Not exactly the stuff that heroes are made of - or is it? Shy girl Tom Ginger is the world's most unlikeliest hero - until she discovers that her new braces have the power to act as radio transmitters, allowing her to tune into the conversations of her new super-evil head teacher. Suddenly it's up to Tom to save the school from Miss Fortune's dastardly plans. Can she do it? Read the book to find out! Perfect for fans of Sam Copeland's Charlie Changes into a Chicken and Danny Wallace's Hamish series.