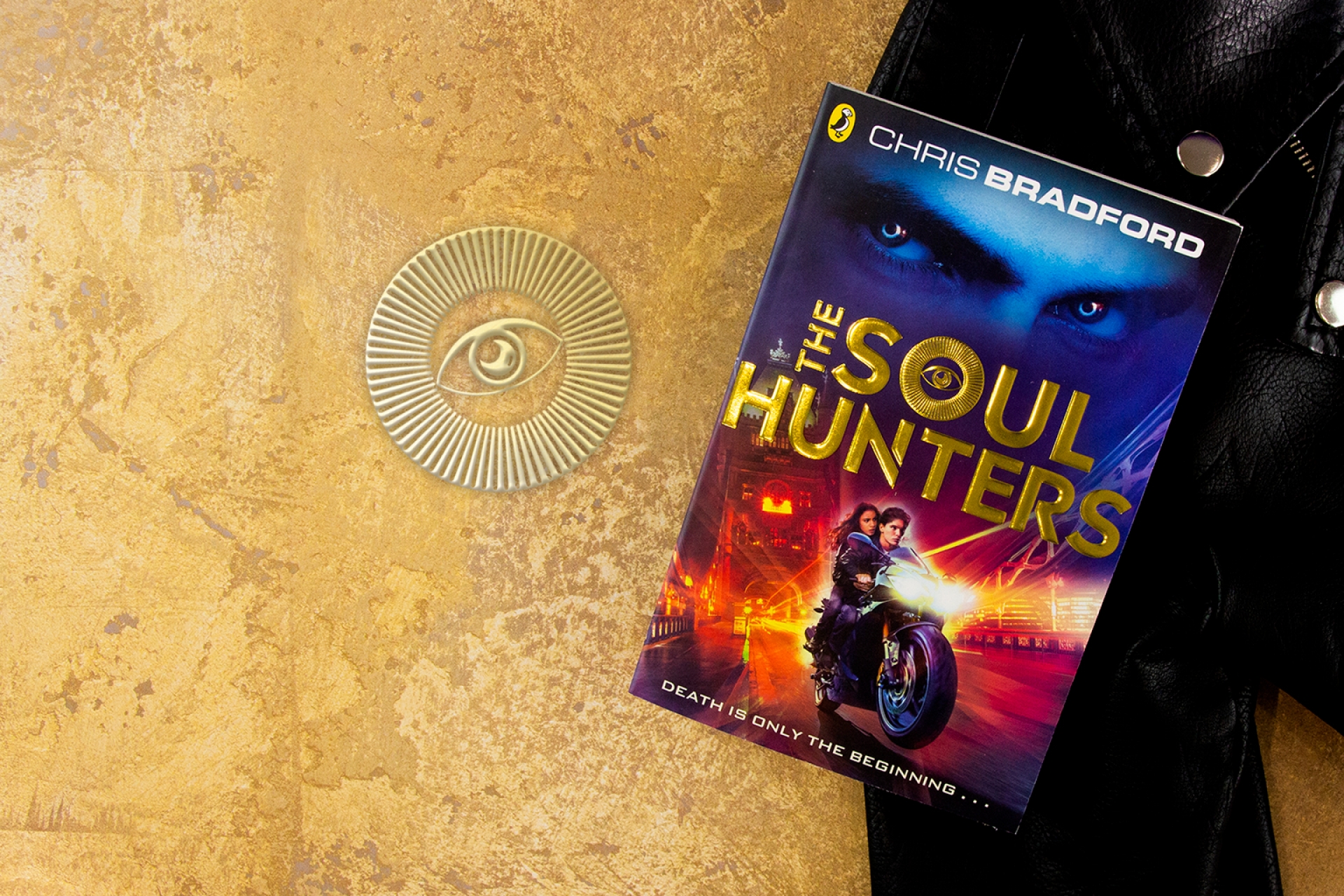 Author of the Month, Chris Bradford

This month we are celebrating the exciting, action packed books of Chris Bradford, entertaining middle-grade readers for the last twelve years. 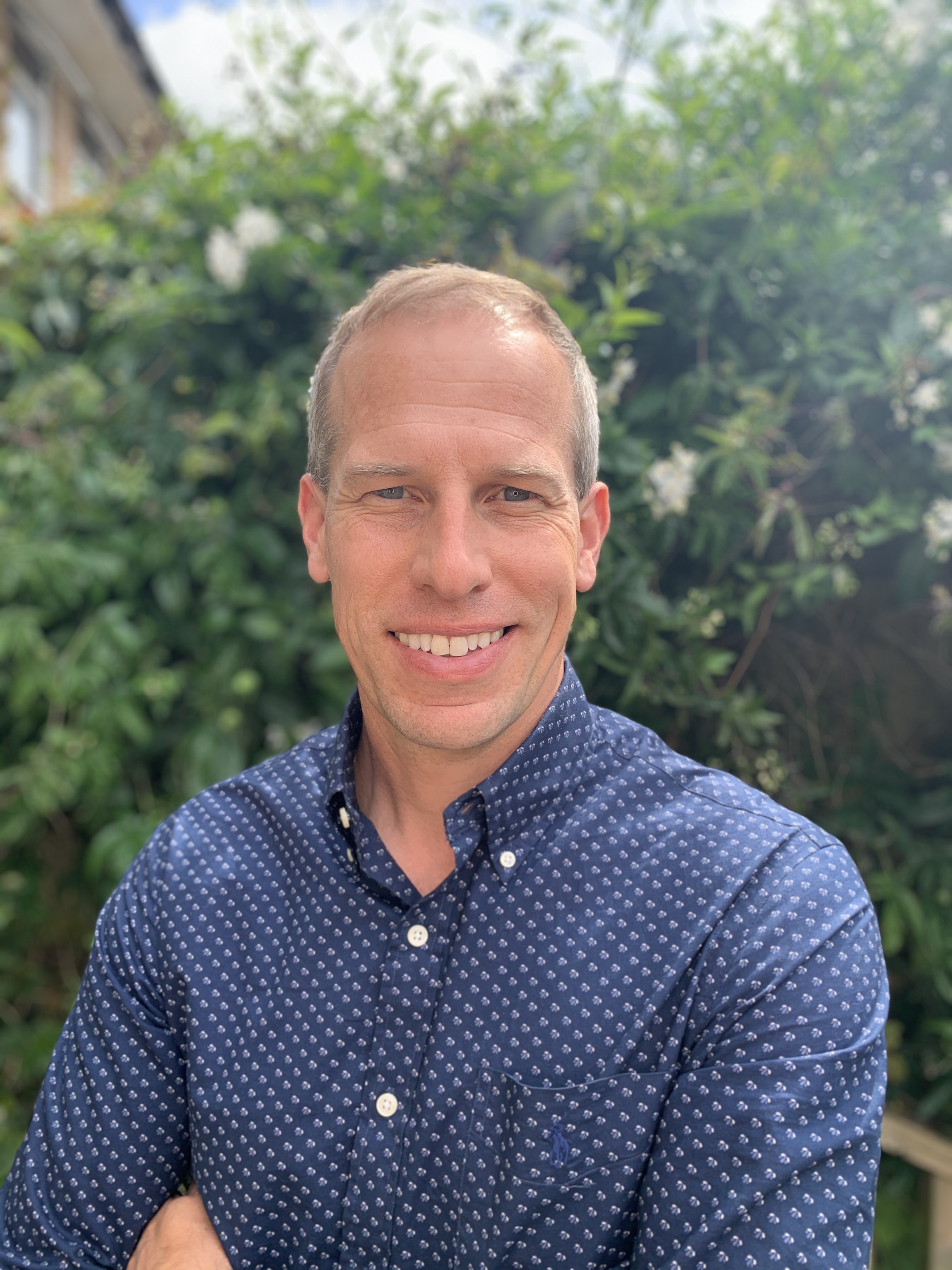 Fans of Chris Bradford's adventure books will be thrilled to hear about his new Soul Series, a brand new action-packed martial arts trilogy. The series starts in explosive style with The Soul Hunters as fantasy meets history - and the action never lets up. With epic plot twists, the story follows Genna a fiesty heroine, a master in samurai and a battle across time to save mankind.

Chris's books are always popular with our Kids Reader Review Panel , and this latest story is no exception. Lucas Blake, age 11, thinks it is "A thrilling and gripping read… for those who don’t mind gruesome action. The chase to save the light of humanity is on!"  And Barney Clark, age 9, was hooked, "This book had some unexpected twists that made this book un-guessable."

Our expert reviewer, Andrea Reece is also a fan, and adds "Few authors know more about pace, combat and all-out excitement than Bradford and this will delight his legions of fans, and even more besides."

Not only on the page, Chris Bradford lives an action packed life himself and is a self-confessed adrenaline junkie. He’s thrown himself over Victoria Falls on a bungee cord, out of an airplane in New Zealand and off a French mountain on a paraglider, but he’s always managed to land safely – something he learnt from his martial arts training. 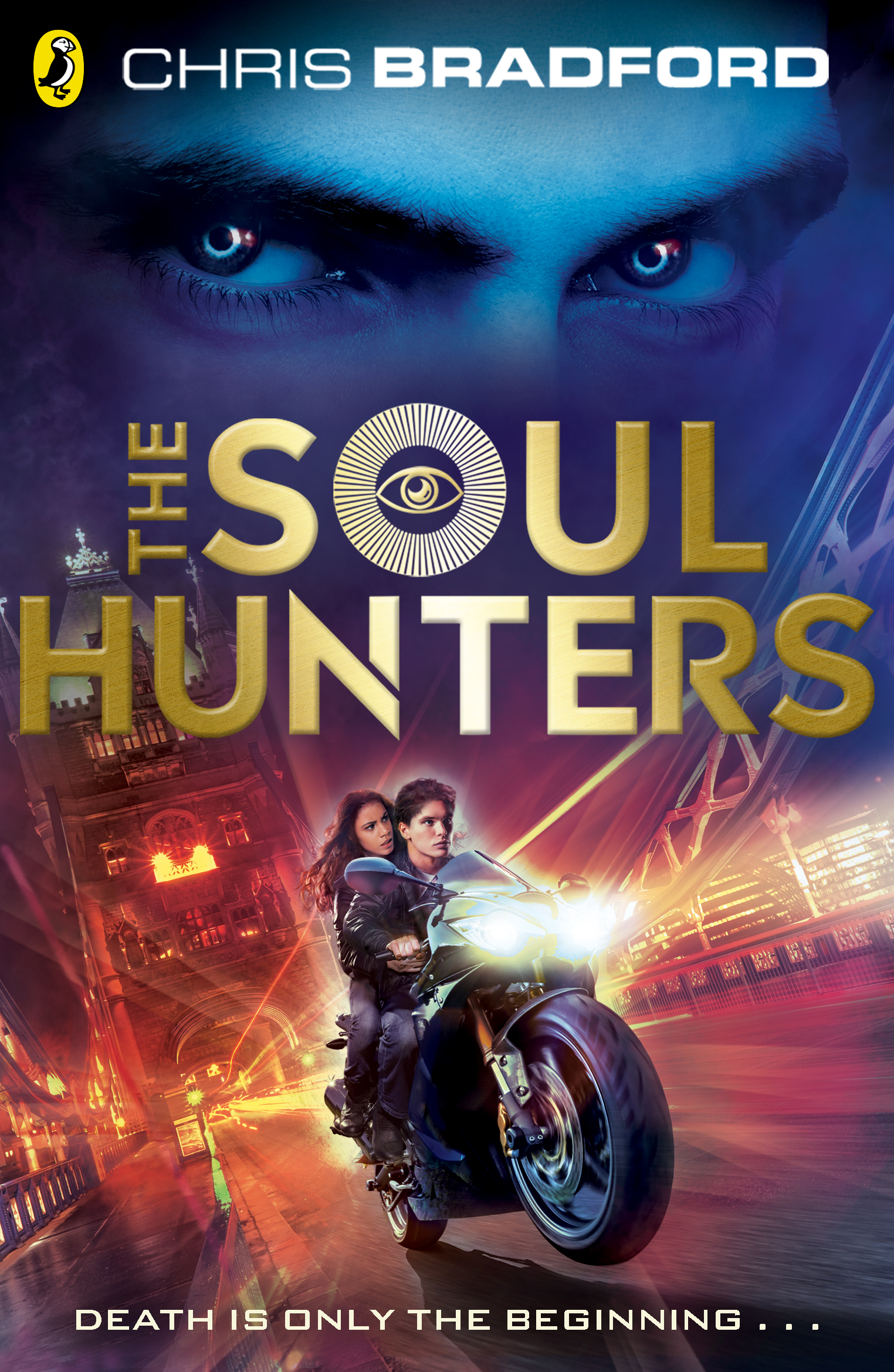 This passion for martial arts has been a significant influence on the themes of his books and he uses what he describes as 'method writing' to bring a believable edge to his books, which are all carefully researched and detailed.

For the Soul Series, Chris travelled extensively to experience the cultures that feature in the series - from living with the Shona people in Zimbabwe, to trekking the Inca trail, to meditating in a Buddhist temple amid the mountains of Japan.

Aged seven, Chris joined a judo club and since then he has trained in karate, kickboxing, samurai swordsmanship and has earned his black belt in Tai-jutsu, the fighting art of the ninja. Chris was a student of Sensei Akemi Solloway, the eldest daughter of an old samurai family, descended from the Karo of Iwatsuki Castle, near Tokyo. This was all invaluable knowledge when Chris began writing his award-winning and hugely popular Young Samurai series, which began with The Way of the Warrior published in 2008. The series of nine books follows the adventures of young Jack Fletcher who trained to be a samurai warrior after near-death in a shipwreck off the coast of Japan in 1611

The Bodyguard series followed (for which Chris enrolled on an intensive close-protection course to become a qualified professional bodyguard!) and a number of books for Barrington Stoke who specialise in pubishing accessible books, particularly suitable for struggling and dyslexic readers. Favourites include the action-packed Ninja series, the Bulletcatcher trilogy and the sci-fi scorcher, Virus.

Chris's best-selling books are published in over 25 languages and have garnered more than 35 children's book awards and nominations.

You can find expert reviews and extracts for a selection of Chris's books below - plus you can find out what the kids think too as many have also been reviewed by our Reader Review Panel.

Genna has always been good at history but the strange connection she has with times gone by turns into something terrifying when she becomes the victim of a series of assaults, each linked to violent moments from the past. Who is Damien, the young man determined to kill her, and who is Phoenix, the boy equally prepared to save her life? As the attacks continue Genna discovers that she is a First Ascendant, born at the dawn of mankind, with hundreds of lives already lived, and that this makes her the target of the evil Incarnates who won’t rest ‘til she is dead forever. As she and Phoenix fight to survive, and thereby save the human race, the action comes satisfyingly thick and fast, often staged in thrillingly described historical scenes. Few authors know more about pace, combat and all-out excitement than Bradford (Bodyguard, Young Samurai) and this will delight his legions of fans, and even more besides.

Interest Age 9+ Reading Age 8 | Set in a future world in which kids risk their lives for real playing an online fantasy game, Virus is a nerve-tingling combination of science-fiction and martial arts extravaganza. Scott knows that playing Virtual Kombat will put his life in danger, but the only way to destroy the game is from the inside, and he really wants to avenge the death of his friend. In this he’s helped by a group of techno-hackers, but when it comes to the crunch, his tae kwon do skills mean he’s on his own against powerful opponents. Chris Bradford is an expert at keeping the tension high and this is page-turning, super-readable adventure.

Interest Age Teen Reading Age 9+ From the best-selling author of Young Samurai, a new, action packed dystopian novel, with a striking lenticular jacket, sure to stand out on bookshelves! Particularly suitable for reluctant, struggling or dyslexic readers. Barrington Stoke is the foremost publisher of dyslexia friendly books and those for reluctant readers.  Here on Lovereading4kids we are constantly selecting new titles and refreshing our special dyslexia friendly category. Click here to view our current selection which is broken down by age range.

One of our Books of the Year 2016 | Deep rivalries, hand to hand fighting, daring raids and surprise revelations, they all feature in this collection of stories about young ninja warrior Taka. Together with his ninja clan he’s fighting the Samurai in 16th century Japan. The background is vividly described, and fascinating, whether you know your nunchaku from your shuriken or not, and Chris Bradford is an expert at keeping the tension high. It’s great to see that female ninja Cho is as fast and fierce as her male companions. In Barrington Stoke’s Conkers series, this is particularly good for reluctant or dyslexic readers, but it will work its warrior romance on all readers.

Interest Age 8-12 Reading Age 8 | July 2015 Book of the Month | One of our Dyslexia Friendly Books of the Year 2015 | Troy is quietly reading a Batman comic when all hell breaks loose. He’s caught up in a terrorist attack that kills his parents – so far so Bruce Wayne – but also reveals he has a superpower: he’s bulletproof, due to some biological quirk his body can withstand ten times the impact that steel can. Troy is whisked away by mysterious secret agent types to train with a group of similarly extraordinary teens. And of course, he gets to come up against the man who killed his parents. Bulletcatcher has as many bangs and explosions per page as the best comic adventure, and convincing human relationships between the SPEAR kids too. A super-satisfying read for fans of Avengers and their ilk.    Particularly suitable for struggling, reluctant and dyslexic readers aged 8+

Interest Age 9+ Reading Age 8+ | An action-packed adventure with strong messages of determination and self-belief and a terific twist in the tail. New Ninja Taka has a last chance to prove himself on a special mission demanding all the daring and strength he possesses. Picked specially for it by the Grandmaster, Taka knows that if he fails he will face death. But, can Taka succeed against such odds? Using all the skills he has so carefully acquired, Taka’s puts everything he can in this ultimate challenge. Guaranteed gripping adventure from the author of the hugely popular Young Samurai books.

Young Samurai: The Ring of Wind

With fast-paced action and non-stop adventure from page one no reader can fail to be hooked in to this terrific series set on the high seas in and around 17th century Japan. The series will captivate young readers including the most reluctant. This is Book 7 in the blockbuster Young Samurai series by Chris Bradford. Young Samurai was shortlisted for the Red House Children’s Book Award and nominated for the Carnegie Medal.

Bodyguard: Hostage is the new thriller from Chris Bradford, bestselling author of Young Samurai. Bodyguard is a bulletproof action-adventure series that fans of Cherub and Alex Rider will love. This is Lee Child for younger readers - Jason Bourne for the next generation.

Young Samurai :The Way of the Warrior

August 1611. Jack Fletcher is shipwrecked off the coast of Japan - his beloved father and the crew lie slaughtered by ninja pirates. Rescued by the legendary sword master Masamoto Takeshi, Jack's only hope is to become a samurai warrior. And so his training begins. But life at the samurai school is a constant fight for survival. Even with his friend Akiko by his side, Jack is singled out by bullies and treated as an outcast. With courage in his heart and his sword held high, can Jack prove himself and face his deadliest rival yet? You can learn more about Chris Bradford and his books at www.youngsamurai.com.