Under-age detective Darkus is back for a second and very doggy adventure as he helps his father solve a very doggy mystery. Darkus is only thirteen but he has an exceptionally rational mind which makes him an invaluable collaborator with his famous private detective father. This time Darkus cleverly follows the clues to his father and the two of them unravel the mystery of the missing dogs – especially on Hampstead Heath. Its looks as if the culprit is a dangerous werewolf but Darkus doesn’t even believe in them. Could the villain be someone closer to hand?

Some of our readers were lucky enough to review the first book in the Knightley and Son series..here's a taster...'I absolutely loved this book. Full of mystery, drama and suspense, this phenomenal story made me read on to see what happened to Darkus and Alan Knightley...I would definitely recommend it!'
Read more reviews here!

Darkus Knightley, tweed-wearing, mega-brained, thoroughly logical 13-year-old investigator of the weird, was just getting used to having his dad back in his life. Then Alan Knightley (formerly the capital's top sleuth for crimes too strange for Scotland Yard) went off-radar - again - leaving Darkus with a traumatised ex-bomb-disposal dog as his only partner in crime-solving. But things are getting even stranger. Family pets are being savaged by a beast on the prowl on Hampstead Heath. A top policeman has been tracked and attacked by a massive canine. And two curiously alert hounds seem to be watching Darkus's house. No one is using the word werewolf - yet - but as the full moon approaches, it doesn't take Sherlock Holmes to work out that someone or something sinister is messing with the minds of London's dog population. It takes two to tango, two to change a lightbulb* and two to make a decidedly different detective duo. Sometimes a son needs his dad, however clever he may be. A mysterious canine conspiracy is howling for the attention of Knightley & Son ...A wickedly funny, edge-of-seat crime caper featuring a brilliant cast of characters and one utterly heartwarming canine pal. 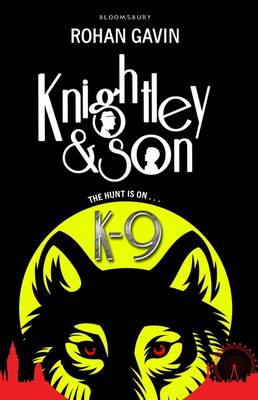 Rohan Gavin is an author and screenwriter based in London. He is a huge fan of Sherlock Holmes and his enduring love of detective fiction, cars and conspiracy theories inspired him to write this book, the first in a series. Rohan is the son of award-winning children's author Jamila Gavin, and he recently became a father himself. A Q&A with Rohan Gavin1. Whate are your 5 favourite books, and why?Danny Champion of the World by Roald Dahl -- as mentioned already, it’s a brilliant depiction of a father and son, and the dreams of adventure that ... 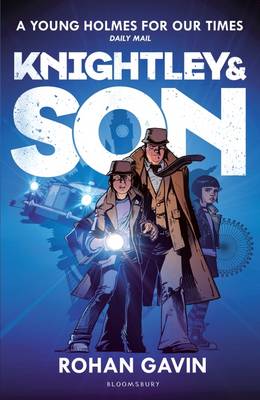 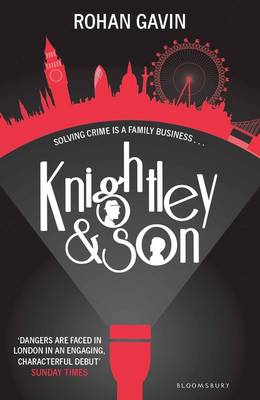 View All Books By Rohan Gavin