October 2016 Book of the Month | In a nutshell: gripping historical drama with an irresistible heroine |       Clover Moon is a typical Jacqueline Wilson heroine: she’s bright, more than able to think for herself and stands up to the problems facing her with resilience, determination and an optimism that owes lots to her ability to imagine a better future. The problems facing Clover are particularly tough: she lives in Cripps Alley, a slum in Victorian London, her father is a drunkard and her step-mother far too handy with her fists, particularly when Clover is around. Young readers will be completely gripped by Clover’s story and follow her trials and tribulations breathlessly to the eventual happy ending.  The setting is vividly described, and the supporting cast full of fascinating characters too. Few children’s writers have Wilson’s ability to write with such compassion, or with such understanding of her readership; it’s part of her skill that she makes it look easy.  ~ Andrea Reece

Clover Moon's imagination is her best escape from a life of hardship in poverty-stricken Victorian London. When tragedy plunges her into a world of grief, Clover realizes that everything she loved about the place she called home is gone. Clover hears of a place she could run to, but where will she find the courage - and the chance - to break free? And could leaving her family be just what she needs to find a place that really feels like home?

Introducing the brilliant and brave new heroine from the wonderful world of the bestselling and award-winning Jacqueline Wilson.

Portrays the trials and tribulations of Victorian England vividly and with compassion ... Highly recommended The Bookbag

Clover is a brave, intelligent protagonist ... Her adventure out into the world is both funny and sad, ensuring it hooks readers right to the end Booktrust I rate this book 5 stars ... the best Jacqueline Wilson book I've ever read! -- Georgie, 11 Lovereading4kids.co.uk

This book is like an eye catching gem ... It is Hetty Feather for the next generation -- Bryher, 11 Lovereading4kids.co.uk

This is definitely going to be another of Jacqueline Wilson's bestsellers. I loved the character Clover Moon -- Anya, 11 Lovereading4kids.co.uk

A brilliant writer of wit and subtlety' The Times 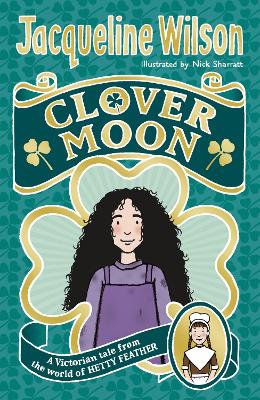 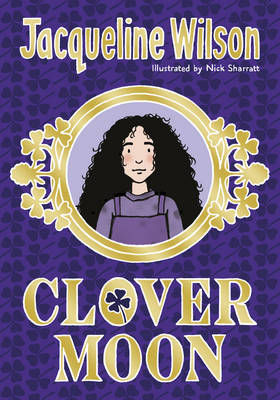 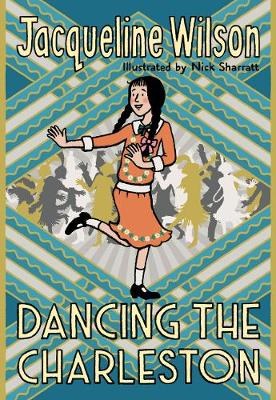