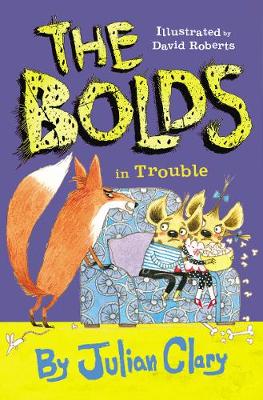 In a nutshell: another charming, joke-filled adventure for everyone’s favourite hyena family

The Bolds, for those who don’t know, are a family of hyenas living disguised as humans in a quiet street in Teddington. They wear clothes and hats to cover their hyena features, so the neighbours have no idea what they really are, though they notice they laugh a lot, as will readers of these hugely entertaining stories. In this adventure the Bolds run into trouble. A couple of foxes are disturbing the human residents of Fairfield Street putting themselves in danger of being captured. But when the Bolds try to help the foxes they get a very rude response. The story is full of incident, packed with humour (including masses of very good jokes) and the Bolds continue to demonstrate that kindness, tolerance, and a good sense of humour are the elements for a happy life. Required reading. ~ Andrea Reece

The Bolds in Trouble Synopsis

The Bolds are back for another hilarious tale! This time, Teddington's wildest family have decided to stay at home and keep their heads down - it isn't always easy hiding tails and fur under clothes, and it's important not to raise suspicion amongst their human neighbours. But trouble soon comes skulking when a very sly fox starts making a big nuisance of himself. It's up to the Bolds to try and stop him - but the solution has them foxed...

Continue the hilarious antics of Teddington's most unusual family... As always, David Roberts quirky illustrations enhance the humour   Best New Children's Books Guide, produced by the Publishers Association and published in the Guardian 2018

We love the Bolds and this adventure is another crazy critter caper that won't disappoint.  WRD Magazine

Julian Clary is a comedian, entertainer and novelist, who has toured across the world with his one-man shows. He became a household name in the late 1980s, and remains one of the country's most popular (and least predictable) entertainers. Julian has appeared on numerous popular TV shows including Celebrity Big Brother (which he won), Strictly Come Dancing, This Morning, QI, Have I Got News For You and is a regular panellist on BBC Radio 4's Just a Minute. He has starred in West End productions of Taboo and Cabaret, and appears in panto most years - he loves wearing silly clothes and lots of make up! Julian also narrates the Little Princess children's television series. He lives in Kent with his partner, dogs and several chickens.

More About Julian Clary
Add To Wishlist
Buy from our bookstore and 25% of the cover price will be given to a school of your choice to buy more books.

The Bolds on Holiday 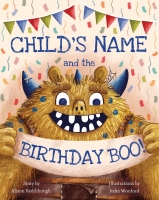