Sisters Imogen and Isabel Greenberg make brilliant use of the comic book/graphic novel format to tell stories of Athena, probably the most appealing of all the Greek goddesses, weaving different myths into one coherent adventure. It starts as Athena springs from Zeus's head fully armed and 'ready to do battle in the world'; next is the story of her relationship with Athens and, more crucially, rivalry with Poseidon, then interventions in human lives with Perseus and Arachne (the latter a good learning experience for the goddess), before the lead up to the Trojan war and finally the wanderings of Odysseus. The stories are unbeatable and text and illustrations do them full justice. A terrific introduction to the world of Greek mythology and a great bit of storytelling.

Athena: The Story of a Goddess Synopsis

Discover the adventures of Athena, the ancient Greek goddess of wisdom, war and courage. From her extraordinary birth - sprung from the head of her father, in the midst of a thunderous headache - to her refusal to take no for an answer. Find out how she inspired powerful gods, goddesses and humans and the terrifying fate of those who dared to cross her path. Follow Athena as she competes against her bad-tempered uncle; watch as she turns her enemy into a spider and join her as she keeps Odysseus safe on his remarkable journey home.

Prepare to be amazed as you uncover the story of one of the most fearless ancient goddesses, and the tales of a world where humans, gods and goddesses could meet. Illustrated and written by the brilliantly talented sister duo, Isabel and Imogen Greenberg, this is a story of daring for goddesses-in-the-making.

Isabel Greenberg is an award-winning London based illustrator, comic artist and writer. She has had two graphic novels published The Encyclopedia of Early Earth (Best Book Award at the 2013/14 British Comic Awards) and The One Hundred Nights of Hero, and illustrated Bloomsbury's retelling of The Story of Tutankhamun. Isabel has worked with The Guardian, Nobrow Press, The National Trust and the New York Times. In 2011 she won The Observer Jonathan Cape Graphic Short Story Prize. Imogen Greenberg is a London-based writer. She has four children's books published in collaboration with award-winning illustrator Isabel Greenberg. Imogen and Isabel Greenberg collaborated to create Bloomsbury's vivid retelling of the Greek Myth, Athena: The Story of a Goddess, published in 2018.

More About Imogen Greenberg
Add To Wishlist
Buy from our bookstore and 25% of the cover price will be given to a school of your choice to buy more books. 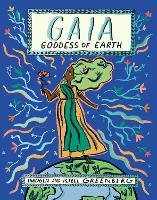 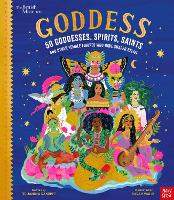 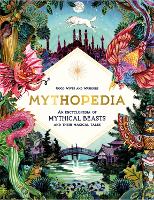 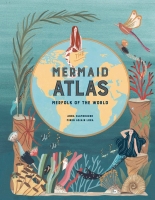