Julius Zebra: Grapple with the Greeks!

Part of the Julius Zebra Series

LoveReading View on Julius Zebra: Grapple with the Greeks!

October 2018 Book of the Month

Who better to introduce children to the world of ancient Greek myth than gladiator Julius Zebra (and if you don’t know, he really is a zebra).  Julius and his band have already survived being kidnapped by Romans and thrown into the Colosseum, a stay in Britannia and a shipwreck in Egypt, but can they survive a challenge from the hero Heracles (or as Julius knows him Hairy Keith)? It brings them into contact with the Minotaur and King Midas, and ends with a trip into the underworld no less.  The story is brilliantly funny as always, and action packed while there’s loads of proper information on ancient life amongst the silliness. Glorious stuff!

The fourth title in Gary Northfield's exciting, action-packed and hysterically funny series brimming with entertaining Greek facts. In the much-anticipated fourth Julius Zebra book, Grapple with the Greeks!, demi-god Heracles promises Julius and his chums a great reward if they can help him to find the lost Golden Apple. On this madcap new adventure, our unlikely heroes will confront the Minotaur in the labyrinth, trick a one hundred-headed dragon at the Garden of Hesperides and a dramatic visit to King Midas leads to a daring rescue attempt in the depths of the Underworld. But what will the ever-watchful gods on Mount Olympus have to say about their antics? A hugely enjoyable addition to this internationally popular series.

Some of our Lovereading4kids Reader Review Panel were lucky enough to read and review Julius Zebra: Entangled with the Egyptians, part of the Julius Zebra series. You can read their full reviews by clicking here.

Bonkers but brilliant angels & urchins [A] pleasingly daft romp... the book has a very Horrible Histories sense of humour and grounds its silliness with facts about gladiatorial combat. Financial Times

It's perfect for 6 to 8 year olds, and especially for those fascinated by the Romans as there are plenty of snippets of history to be picked up while enjoying the story. Parents in Touch

My favourite character is the warthog because he is always citing uninteresting facts, even at the very worst of times. I found this both funny and annoying and he reminded me of my brother. -- Reader Review Guardian Children's Book Site

The comically classical way to learn about the Romans! Lancashire Evening Post

As well as providing much hilarity Julius Zebra cunningly educates about Ancient Rome without ever feeling like a lesson [...] A wonderfully ridiculous book; full of fun it will educate and entertain in equal measures. Highly recommended. The School Librarian

Sometimes a book comes along that is pure joy, and this is one of them. Literary Review

This quirky, humorous book is part graphic novel, which makes it ideal for reluctant readers. Washington Independent Review of Books

The adventures never stop for zebra turned gladiator Julius, and they get funnier with each book. [...] In amongst the silliness are many real historical facts but children will love this for the action and the laughs. X out of X all round! Andrea Reece, LoveReading4kids.co.uk 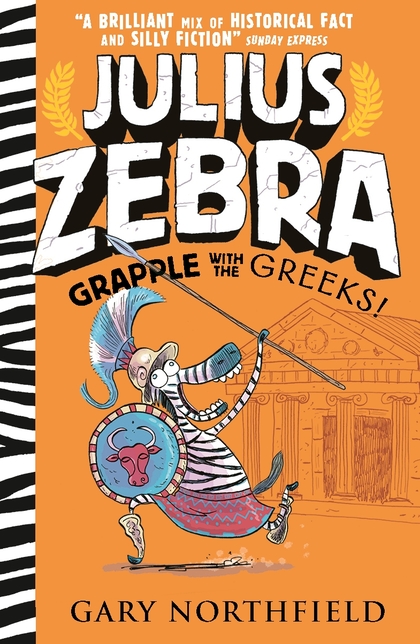 Gary Northfield graduated from Harrow College (University of Westminster) with a degree in Illustration in 1992 and has been writing and drawing comics since 2002. He is most famous for Derek the Sheep – a comic strip that appeared in The Beano. Gary has also created comics for National Geographic Kids magazine, The Phoenix, The Dandy, The DFC, Horrible Histories magazine, Horrible Science magazine and The Magical World of Roald Dahl. Gary is the author of the highly-acclaimed The Terrible Tales of the Teenytinysaurs published by Walker Books. One of his favourite subject matters is animals and their jolly lives. Gary often ... 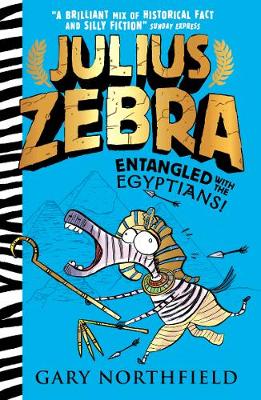 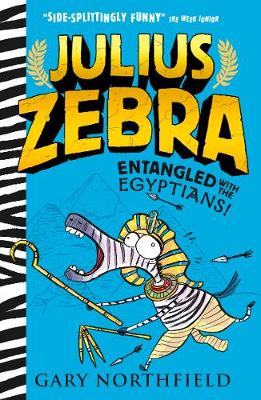 View All Books By Gary Northfield