LoveReading View on Cinderella Is Dead

This flamboyant feminist reinvention of Cinderella roars with revolution, romance and wise-woman witchery

August 2020 Debut of the Month

In this rip-roaringly feminist re-imagining of Cinderella, our justice-seeking heroine, Sophia, seeks a princess rather than a prince, and bodice-ripping is done in the name of shedding the shackles of patriarchy. Giddily entertaining, and spiced with dagger-sharp dialogue and romantic attraction, one message beams bright through Sophia’s story - “do not be silent. Raise your voice. Be a light in the dark.”

Though 200 years have passed since Cinderella’s time, a twisted version of her legacy lives on in Lille, where the present-day Prince Charming, King Manford, has decreed that girls must recite the fairy tale daily and, at the age of sixteen, they will be sent to the palace to be chosen by a man at a grand ball. Attending the ball is law, and, in the words of Erin, Sophia’s best friend and lover, “It is our only hope for making some kind of life”, for those not chosen are doomed to an even worse existence than being married off.  As Sophia’s father admits, “I’d rather see you unhappy than imprisoned or killed.” Such is the impossible situation. So, Sophia goes to the ball, still hoping to escape with Erin, still burning with anger that the “founding tenet of our laws is that women, no matter their standing, are at the mercy of the fickle whims of men.”

At the grandiose selection event, girls are put on show for the male suitors, some of them old enough to be Sophia’s grandfather, “but that doesn’t stop them from shamelessly ogling the young girls.” As shocking events unfold here, she flees and finds a sisterly comrade in flame-haired Constance, who also sets her heart alight. As the feminist fugitives go on the run, Constance reveals truths about Cinderella’s real story - a story that was suppressed and twisted into patriarchal propaganda by men in power. And so they embark on a quest to find the White Wood, the last known location of the original fairy godmother, who might just hold the key to further truths that will help Sophia rouse revolution.

What an inventive, entertaining and flamboyantly feminist treat this is.

It's 200 years since Cinderella found her prince, but the fairytale is over. Sophia knows the story though, off by heart. Because every girl has to recite it daily, from when she's tiny until the night she's sent to the royal ball for choosing. And every girl knows that she has only one chance. For the lives of those not chosen by a man at the ball ... are forfeit. But Sophia doesn't want to be chosen - she's in love with her best friend, Erin, and hates the idea of being traded like cattle. And when Sophia's night at the ball goes horribly wrong, she must run for her life. Alone and terrified, she finds herself hiding in Cinderella's tomb. And there she meets someone who will show her that she has the power to remake her world ...

An electrifying twist on the classic fairytale that will inspire girls to break out of limiting stereotypes and follow their dreams!

Kalynn Bayron does more than re-write a fairytale ... She breaks it apart and rebuilds it into a wholly original and captivating story where girls finally decide for themselves who lives happily ever after - New York Times bestselling author Brigid Kemmerer

This was gay, romantic and perfectly set, with a mixture of traditional fairy tale elements that were flipped on their head and new elements that made it seem less susceptible to tropes and problems. It was a really enjoyable read and really put an exciting, original spin on the Cinderella tale - NetGalley Reviewer

Did somebody say feminist? As someone who was raised on fairy tales and Disney, practically conditioned to believe the woman was supposed to be rescued by the man, I ADORED this book. I was captivated from the start and the inclusion of LGBTQIA+ themes warmed my heart. I can't wait to see what Bayron does next - NetGalley Reviewer

Cinderella Is Dead is an incredible feminist retelling of the classic tale I never knew I needed in my life, but I'm so glad it exists - NetGalley Reviewer

Full of power, humour, strength and love, Cinderella Is Dead shows itself to be one of the most engaging novels I've encountered this year. With a powerful story that is about doing what is right and a host of characters you come to care for deeply, I can find so few faults with this. It will be one I recommend to everyone over the next few months - NetGalley Reviewer 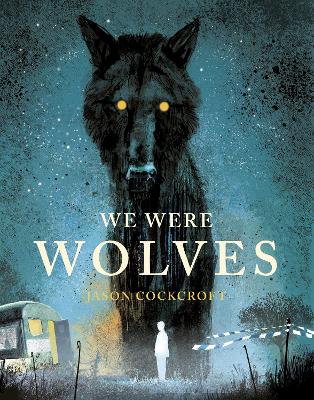 Kalynn Bayron is a debut author and a classically trained vocalist. She grew up in Anchorage, Alaska. When she's not writing, you can find her listening to Ella Fitzgerald on loop, going to the theatre, watching scary movies and spending time with her kids. She currently lives in San Antonio, Texas, with her family.

View All Books By Kalynn Bayron