LoveReading View on Freddy vs School

Brilliantly funny school adventures, the diary of a robo kid

January 2021 Debut of the Month

Some readers will already be familiar with robot Freddy, who stars in Neill Cameron’s Mega Robo Bros cartoon strip, but everyone will find masses to enjoy in this new series. Freddy’s robot superpowers include the ability to fly, use lasers and super-strength but none of these talents are appreciated by the teachers at the primary school he attends and indeed, after he accidentally flies through the staffroom window, the head introduces a robotic code of conduct which forbids all of the above, with a ‘three strikes and you’re out’ penalty clause too. Freddy tries, he really does, but it’s not easy being the only robot in his class. Plus, his friend Fernando has lots of ideas for games that lead to trouble, and then when the two fall out, Freddy finds himself partnered with someone who instigates even more bad behaviour. The inevitable third strike comes at the school’s Project Outcome Evening but Freddy gets one amazing last chance to put his Awesome Robotic Abilities to the use for which they were intended.  This action-packed story is wildly funny and school life brilliantly well observed (I love Freddy’s long-suffering human parents too). Through it all, Freddy is learning about himself and his friends, and readers will be too. With cartoon illustrations by Cameron on every page even the most reluctant reader will race through this.  Superb!

Okay humans, listen up! My name is FREDDY. I live with my Mum and Dad. I go to school. Oh yeah, the MAIN thing: I am an AWESOME ROBOT! With awesome robotic SUPERPOWERS! But I'm hardly ever allowed to USE them, and definitely not at SCHOOL. Which is going to be a PROBLEM...

Meet Freddy – the most super-amazing superhero robot ever! His unbelievably Amazing Robotic Abilities are mind-blowingly cool. But it turns out that teachers get really angry when you use your rocket boosters in class. Freddy’s super awesome – but he’s also in big trouble. Can he stay true to himself, stay in school and save his friends from disaster? Fizzing with hilarity and empathy, and sublimely dynamic, the chronicles celebrate unity, uniqueness and diversity.

A hilarious first novel from Neill Cameron, creator of the Mega Robo Bros series and How to Make Awesome Comics.

‘Unmissable excitement for kids of all ages and vintage, this is a true must-have’ Comics Review

‘Exudes energy and excitement…funny, compelling and a celebration of diversity’ BookTrust

‘The perfect story for a comic strip presentation with lots of action, plenty of danger and a fast-paced story’ Parents in Touch 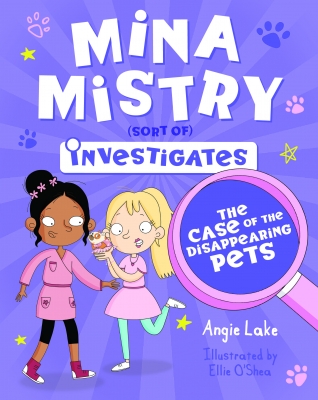 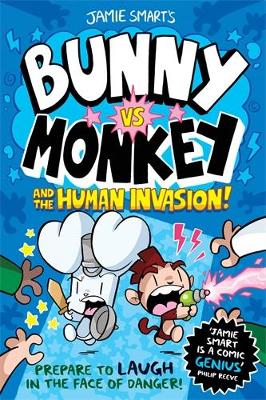 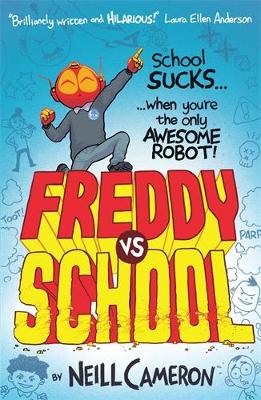 Neill Cameron is a cartoonist and writer, creator of the award-winning Mega Robo Bros and How to Make Awesome Comics. Since 2011 his work has appeared in the weekly children's comic The Phoenix, where he produces - amongst other things - the robotic soap opera comedy Mega Robo Bros, and (with artist Kate Brown) the Cornish-set fantasy drama Tamsin and the Deep. Neill is also currently artist in residence at The Story Museum in Oxford, where he has contributed several large-scale comic strip installations and is involved in comics-based education and activities.