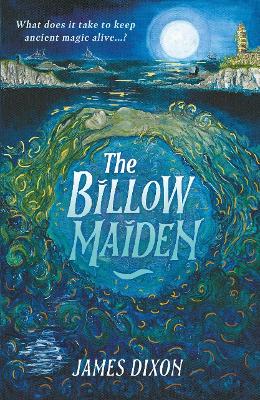 "A beautifully told tale of friendship, family, healing and transformation "

Lyrically told, and with some fine magic and mythology infusing the story, The Billow Maiden is a thoughtful story that gently explores dealing with sadness with a fittingly happy resolution.

Ailsa is used to the times that her mum can no longer cope but they leave her feeling sad and confused - even when she and her mum are being safely looked after at her Uncle Nod and Aunt Bertha's home on a remote island.

But, when Ailsa, accompanied by Uncle Nod's giant dog, comes across a tumbled down cave on the shoreline she makes an unexpected discovery. Who is the mysterious woman trapped down amongst the rocks?

Can Ailsa help to release her and how can her recovery help Ailsa's mother? Ailsa's discovery leads her to making a new friend and together the two girls revisit and repair family problems from the past.

Ailsa's mum is ill, not the first time, so they spend the summer with her aunt and uncle. Aunt Bertha, Uncle Nod and their dog Moxie live on an island off the coast, by a beautiful fishing village surrounded by beaches and clifftops. Ailsa and Moxie spend their whole time there exploring these beaches and cliffs, until one day they find a hidden cave.

Inside the cave, they find Hefring, a strange woman not keen on strangers. Ailsa slowly gets to know who Hefring is. She is a selkie, a mermaid, a billow maiden from ancient myth. However, she is stuck on land and slowly dying. It is up to Ailsa and her new friend Camilla to save her, but there are plenty of obstacles in the way - not least Ailsa's own fears and her mum's illness.

The Billow Maiden is a beautifully told tale of friendship, family, healing and transformation from a stunning new writer for children.

James Dixon is a London-born, Glasgow-based novelist, poet, and playwright. His debut novel, The Unrivalled Transcendence of Willem J. Gyle as shortlisted for the 2018 Somerset Maugham Award by the Society of Authors. His debut play, It's My Turn, was performed as part of the 2019 Edinburgh Science Festival, aimed at younger audiences. The Billow Maiden is his first novel aimed at younger readers.

James Dixon is the winner of the Guppy Open Submissions Competition 2021 and The Billow Maiden is his first book for children. He says of The Billow Maiden, ‘I've always loved Celtic and Norse mythology. I believe that the intimate way in which these ancient stories are connected to nature make them more important now than ever. This brought me to Hefring and Ailsa, an ancient myth come to life for a modern girl consumed by worries of her mother's wellbeing and her own place in the world.’

The cover design and internal illustrations to The Billow Maiden are by Tamsin Rosewell, and this is also first book design.  'I've painted since I was very young, it has always been part of my life; and having been a bookseller now for 15 years, I've also seen a LOT of book cover designs. So it isn't such a huge leap to go from painting displays for books, to painting the books themselves. I loved every minute of creating it, from my early conversations with James about visual references, to working with Ness Wood to create the finished piece. The Billow Maiden weaves some of the oldest stories we have, our Norse Mythology, into a contemporary story of a girl navigating the storms of her own life. The narrative is rich with duality: the old and the new, the land and the sea, the rich and the poor, the young and the ancient, and, ultimately, life and death. I wanted the cover, spine and back cover to reflect that duality’ 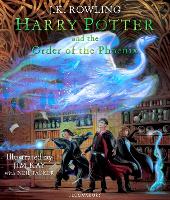