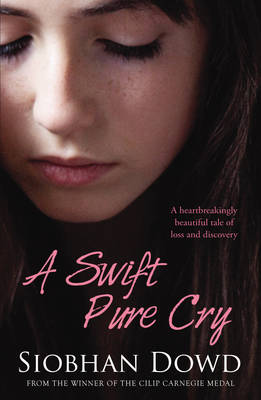 Winner of the Branford Boase Award 2007. A superb first novel, beautifully written, deeply moving and full of heartbreak. When Shell Talent’s mother dies everything around her begins to fall to pieces. Tired of looking after her younger brother and sister and bored by the routines of school and church, Shell skips school and hangs around with her friends smoking and cracking jokes and looking for chances that will confirm their growing up. But what follows is not a simple transition into adulthood but the tragedy of Shell’s hidden pregnancy and the stillbirth of her baby. Siobhan Dowd writes without judgement but with enormous sympathy and understanding capturing Shell’s confusion and the hypercritical and chaotic thinking of the small Irish community in which she is growing up. (12+)

What the judges’ said:

‘this novel stood out for its entertaining and expertly crafted style: a fluent, lyrical sprightliness which leavens tragic events with humanity and even, in places, humour’

This is beautiful, dramatic writing that deals sensitively with a tough subject. Set in Ireland, the story follows the characters as they stumble through life’s challenges, making the best of tough circumstances. The language is simple, lyrical, and evocative; the storytelling humorous but never sentimental. The take on religion is not predictable and the outcome extraordinarily life affirming.

Siobhan sadly only wrote 4 books in total before her tragic death from cancer in 2007. They were Solace of the Road, Bog Child, A Swift Pure Cry and The London Eye Mystery but her memory lives on in a Trust that has been set up in her name as well as through her writing.

After Shell's mother dies, her religious father descends into alcoholic mourning and Shell is left to care for her younger brother and sister. Her only release from the harshness of everyday life comes from her budding spiritual friendship with a naive young priest, and most importantly, her developing relationship with childhood friend, Declan.