A novel that so cleverly, almost miraculously you might say, blends friendship with devastating loss whilst at the same time is filled with humour and warmth that in turn means you cannot fail to be completely drawn in to what is undoubtedly one of the must-reads of the year.   Fellow author, Jill Murphy, has to our mind hit the nail on the head when she says: ‘Right from the title Ostrich Boys inhabits the teenage emotional landscape with unerring precision and great sensitivity... It's beautifully plotted... I'm in awe at the intelligence behind the structure, with little pieces of the puzzle slotting into place at just the right moment. I can't think of a word that was wasted’.

'A beautifully realised rite of passage novel, very strong on the relationships between its central characters and accurate about the emotions of teenage boys. The dialogue is particularly powerful and the pace of the plot just right in this authentic book about the end of childhood and the beginning of adult lives.'

A word from Keith Gray:

"It’s incredibly rewarding to see a book that’s so personal in so many ways affect an audience like Ostrich Boys has done.  I was 18 in 1990 when I attempted suicide.  I’m now 36, 18 + 18, and it’s this year more than any other that’s got me thinking about my feelings back then: who I would have left behind, what’s changed and what I would have missed out on.  Ostrich Boys is a positive novel about those good things that may be waiting just out of sight around the corner.  Being shortlisted for the Costa Book Awards is obvious proof.  Who’d have guessed?  Certainly not me 18 years ago."

A word from Keith Gray's editor:

“I am so thrilled that this book has been shortlisted for such a prestigious prize. Working with Keith on this incredible journey has been a privilege and an honour. What he's achieved is a novel that is moving, funny, entertaining and complex. But ultimately this book demonstrates the power of the written word - the power to heal lives, the power to change lives and sometimes the power to save them.”

Titles on the 2009 Teenage Book of the Year Award shortlist were:

The Graveyard Book by Neil Gaiman

The Ant Colony by Jenny Valentine

The Vanishing of Katharina Linden by Helen Grant

The Ask and the Answer by Patrick Ness

Judges: “A life-affirming journey by three teenage boys told with sensitivity, compassion and, above all, humour.”

Kenny, Sim and Blake are about to embark on a remarkable journey. Stealing the urn that contains the ashes of their best friend Ross, they set out to travel 261 miles from Cleethorpes on the English east coast to the tiny hamlet of Ross in southern Scotland. After a depressing and dispiriting funeral they feel that taking Ross to Ross will be a fitting memorial for a fifteen-year-old boy who changed all their lives through his friendship. Little do they realise just how much Ross can still affect life for them even though he's dead.

‘One of the highlights of the year . . . Reminiscent of On the Road and Catcher in the Rye, this is a seminal book about modern youth . . . Humorous, credible and immensely humane, this is a pertinent and profound work, instantly worthy of the label “modern classic”’ - Jake Hope, Bookseller

‘One of the most admirable, affecting and life-affirming books published this year’ - Bookseller

‘Every so often a book comes along and reminds you why became a reviewer in the first place . . . Ostrich Boys is such a book. It’s perfect.’ - Jill Murphy, Bookbag

‘Keith Gray is an exceptional writer for teens. In Ostrich Boys he applies his light touch to big themes . . . Funny, page-turning and profound’ - Sunday Times 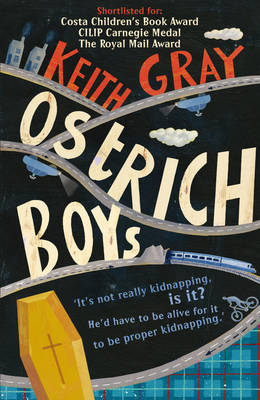 31-year-old Keith was born and brought up in Grimsby and knew from an early age that he wanted to be a writer. When he received 0% for his accountancy exams he decided to pursue his dream. He has since gone on to win the Angus Book Award and the silver medal in the Smarties Prize. He has twice been shortlisted for the Guardian Fiction Prize and was shortlisted for the Booktrust Teen Prize and the Scottish Arts Council Book Award. Rave reviews about his writing have appeared in every broadsheet. Keith was a judge for the Blue Peter Book Award, the ... 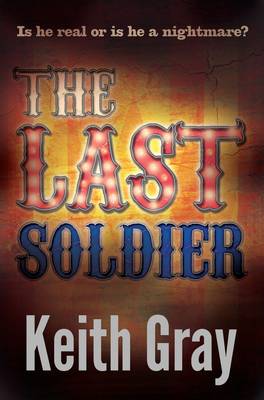 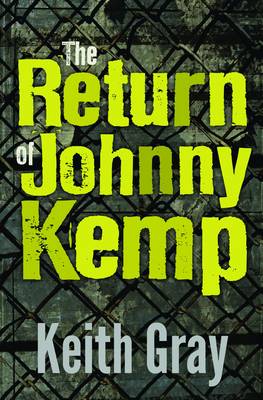 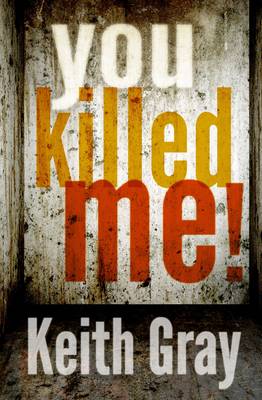 View All Books By Keith Gray