Astrosaurs : The Dreams of Dread

Astrosaurs : The Dreams of Dread

Astrosaurs : The Dreams of Dread Review

Astrosaurs Series - No. 15. Captain Teggs is no ordinary dinosaur - he's an astrosaur! Teggs has a nightmare about sabre-toothed bananas and can't believe it when he's actually attacked by them in the middle of a mission. Strange things start happening to the other astrosaurs too - things they dream of are popping into reality to get them. Can Teggs and the gang figure out what's going on?

Astrosaurs : The Dreams of Dread Synopsis

Captain Teggs is no ordinary dinosaur - he's an astrosaur! On the incredible spaceship DSS Sauropod, along with his faithful crew, Gypsy, Arx and Iggy, Teggs rights wrongs, fights evil and eats a lot of grass! 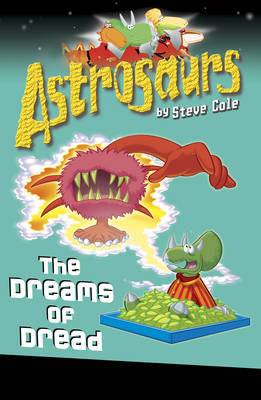