Interest Age Teen Reading Age 7       Ben hates being a new boy. Even with a new hair cut and contact lenses instead of his usual glasses, he feels like a misfit. Until the girls start noticing him! Ben seems to attract admiring glances wherever he goes but is that only because they think he is the actor from a top TV show? Ben can’t see any problem with going along with their mistake but gradually, things begin to get a little out of control! An entertaining story about identity and confidence.

When Ben starts at a new school, the last thing he expects is to be mistaken for a TV star! Can he stop pretending to be someone he's not before things spin out of control? Light-hearted comedy. Suitable for dyslexic, struggling and reluctant reader teens. Ben is just the new boy - until the most beautiful girl in school, Jasmine, mistakes him for the star of TV show 'Awesome!' He doesn't have the heart to tell her the truth! As his lie escalates and more and more people begin to believe it, will Ben do the right thing and come clean? 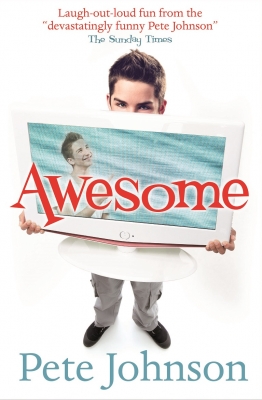