Part of the The Healing Wars Series

Nya must leave the only home she's ever known. Trust the very people she always hated. And become the weapon she never wanted to be... Re-enter the fascinating world of Healers and Takers in the gripping sequel to THE PAIN MERCHANTS in the epic dystopian fantasy adventure trilogy, THE HEALING WARS. Nya has survived her battles with the Luminary and freed the Takers who were enslaved at the Healer's League. But all is not well in Geveg and war rages on. Nya, Tali and friends are in hiding, plotting their escape as the Duke posts a ransom for their capture. But plans are thwarted by treachery and kidnap as trackers, rascals and soldiers overwhelm them. Soon Nya finds herself alone in alien city Baseer. She must break her comrades out of jail, find her sister and unravel the Duke's fiendish new plot surrounding the mysterious goings-on at the pynvium Foundry. And to accomplish any of this she must face the almighty new menace... the Undying.

/ A major new voice in the children's fantasy genre arrives in this page turning adventure, the first in an exciting new series / Perfect for fans of Joseph Delaney's Spooks Apprentice series / Innovative online consumer campaign to appeal to fantasy and adventure fans to include viral game, downloads and competitions across kids websites / Review and feature coverage guaranteed in national press and children's media

A longtime fantasy reader, Janice Hardy has always wondered about the darker side of healing. She tapped into her own dark side to create a world where healing could be dangerous, and those with the best intentions often made the worst choices. She lives in Georgia with her husband, four cats, and one nervous freshwater eel. 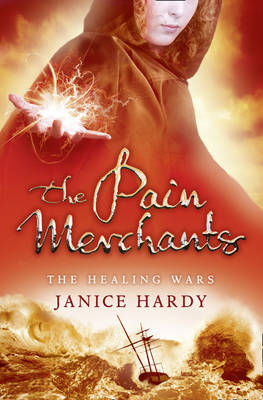 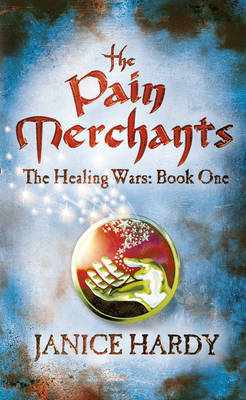 View All Books By Janice Hardy