Larkin Mills: The Birthplace of Death! Larkin Mills is no ordinary town. It's a place of contradictions and enigma, of secrets and mysteries. A place with an exquisite ice cream parlour, and an awful lot of death. An extraordinary mystery in Larkin Mills is beginning to take shape. First we meet the apparently healthy Albert Dance, although he's always been called a sickly child, and he's been booked into Larkin Mills' Hospital for Specially Ill Children. Then there's his neighbour Ivor, who observes strange goings-on, and begins his own investigations into why his uncle disappeared all those years ago. Next we meet Young Olive, who is given a battered accordion by her father, and unwittingly strikes a dreadful deal with an instrument repair man. Make sure you keep an eye on Mr Morricone, the town ice-cream seller, who has queues snaking around the block for his legendary ice cream flavours Summer Fruits Suicide and The Christmas Massacre. And Mr Milkwell, the undertaker, who has some very dodgy secrets locked up in his hearse. Because if you can piece together what all these strange folks have to do with one another . . . well, you'll have begun to unlock the dark secrets that keep the little world of Larkin Mills spinning . . .

This book is written as a series of individual yet inter-connected which culminate in a thought-provoking finale -- Nicola Lee * The Guardian * The stories are funny and well written, you actually believe in the rather strange characters that populate the pages. You begin to see how the mundane could be hiding a wholly different world underneath. As the tales unfold you begin to realise that what drives the narrative is the age old struggle of good over evil, death or ice cream * Books For Keeps * A darky, funny and brilliantly strange novel (...) Gareth P. Jones is a master of the macabre and the absurd, and he expertly blends those two elements together here, weaving a surreal web of histories and fables that's complex and complete, with the eternal tug-of-war between darkness and light at the heart of it. Readers who are looking for a break from dystopian series will find this a stylish and compelling alternative; a standalone story that's as thought-provoking as it is chillingly entertaining * Teach Secondary * Death or Ice Cream? Will tickle the tastebuds of any lover of the dark and the macabre (...) a clever and fun book. Piecing the stories together is an added pleasure for the reader (...) A thought-provoking, shiver-inducing... lark! * Inis Reading Guide *

Gareth P Jones: An Obituary Tragically, after finishing this book, its author drowned in a vat of ice cream. In life, Gareth was a moderately known children's author of over twenty-five books, some of which were quite good. Not all of them were about death. He also tackled subjects such as ninja meerkats, steampunk pirates, dragon detectives and dinosaur parties. Gareth lived a full and happy life that involved visiting schools, edit-producing TV programmes, singing silly songs on his ukulele and hanging out with his wife, Lisa and two children, Herbie and Autumn. Some of his books were nominated for ... 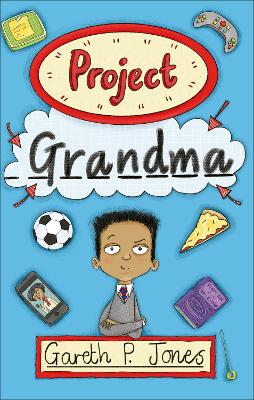 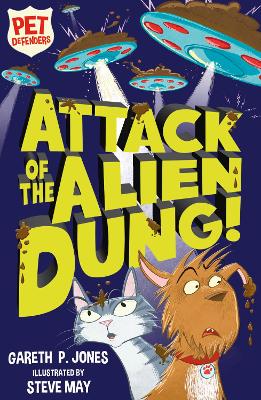 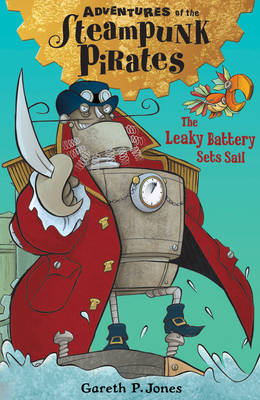