Sir Ned and the Nasties Synopsis

The whole kingdom is plagued by the screeching, howling din made by the Nasties, so the King sends Sir Ned to deal with them. A wolf, a witch and a troll help Ned along the way, but it turns out he has walked into danger - these three are the notorious Nasties themselves! Luckily he works out why they sound so awful and teaches them to listen to each other, so they ask him to join the band rather than turning him into dinner.

Sure to have your audience wriggling with anticipatory delight * Red Reading Hub * Brett McKee supplies a rhyming text that bears comparison with Julia Donaldson... Characteristic McKee illustrations expertly realise his son's satisfying tale * Books for Keeps * Children will be instantly drawn to the brilliance of this simple story idea * The School Librarian * Full of detail, colour and personality * Carousel *

Brett McKee (Author) Brett McKee is David McKee's son and lives in Hampshire. He has two sons, and is interested in classic cars and guitars.David McKee (Illustrator) David is the creator of well-known characters including King Rollo, Mr Benn and Elmer the Patchwork Elephant, which is now published in more than 50 languages and has its own successful global merchandise programme. David McKee was born in Devon and went to Plymouth Art College, where he had a traditional training. On leaving college he drew regularly for Punch, Reader's Digest, and The Times Educational Supplement. His drawings were influenced especially by ... 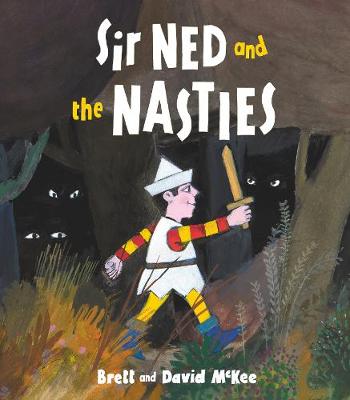 View All Books By Brett McKee