Chris Priestley has been a cartoonist and illustrator for many years, working mainly for magazines and newspapers.  He currently has a weekly strip cartoon called 'Payne's Grey' in the New Statesman.

Ever since he was a teenager Chris has loved unsettling and creepy stories, with fond memories of buying comics like 'Strange Tales' and 'House of Mystery', watching classic BBC TV adaptations of M R James ghost stories every Christmas and reading assorted weirdness by everyone from Edgar Allen Poe to Ray Bradbury.  He hopes Uncle Montague's Tales of Terror will haunt his readers in the way those writers have haunted him.

Meanwhile The Dead of Winter, published by Bloomsbury in October 2010 and in paperback in October 2011, is a nail-biting story of hauntings and terror, nominated for the Carnegie Medal 2012.

Mister Creecher, published by Bloomsbury in October 2011 and in paperback in March 2012, is a gripping gothic novel about friendship, trust and betrayal.

Attack of the Meteor Monsters

Treasure of the Golden Skull

Curse of the Werewolf Boy 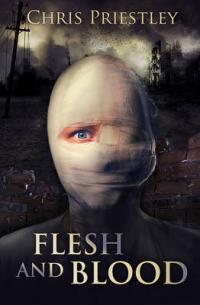 Tales of Terror from the Tunnel's Mouth 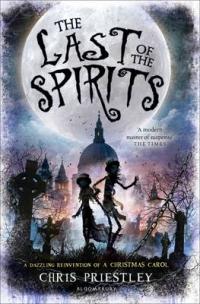 The Last of the Spirits

Anything That Isn't This

The Dead Men Stood Together

The Dead of Winter

Tales of Terror 3: from the Tunnel's Mouth

Tales of Terror from the Tunnel's Mouth 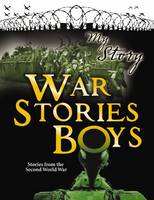 My Story: War Stories for Boys

Tales Of Terror From The Black Ship 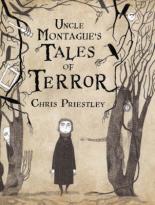 My Story: Battle of Britain

Death And The Arrow