LoveReading View on The Deadly Seven

January 2015 Debut of the Month  An incredibly funny adventure story for the Pixar generation, perfect for fans of Frank Cottrell Boyce and Cressida Cowell.  When eleven year-old Nelson’s beloved big sister goes missing on a school trip, he is devastated – he’s not that good at making friends and his sister is the only person he can talk to. In the dark catacombs of St Paul's cathedral Nelson stumbles across a strange and ancient machine, designed to extract the seven deadly sins and Nelson accidentally extracts seven deadly monsters from his own little soul. Nelson and the Deadly 7 set out on a quest across the globe to find and rescue his big sister and on the way they have an adventure beyond Nelson’s wildest dreams, and he learns that good friends come in all shapes and sizes…

Who needs friends when you've got MONSTERS? Everything was happening so fast and it was all so ...mad. It was as if someone had taken reality, made it into a jigsaw, thrown the jigsaw on to the floor and then said, Now, hurry up and put it all together! as they danced all over the jigsaw pieces in a clown suit, blowing a trumpet.

When Nelson's beloved big sister goes missing on a school trip, Nelson is devastated - he's not that good at making friends and his sister is the only person he can talk to. His parents join the search party and leave Nelson in the care of his mad uncle Pogo. Uncle Pogo is the caretaker of St Paul's Cathedral and it is here that Nelson stumbles across a machine, invented by Christopher Wren and buried for hundreds of years. Designed to extract the 7 deadly sins, the machine had a fault - once extracted, the sins became living, breathing monsters who would then follow the sinner around for eternity (unless they ate him first, in the case of the particularly sinful). Nelson accidentally extracts 7 deadly monsters from his own little soul.

Ugly, cantankerous, smelly and often the cause of much embarrassment, Nelson's monsters are the last thing he needed in his life, but at least they're fairly harmless (he's a pretty good kid, on the whole). When he learns of their individual powers he realises the monsters can be put to good use, and together Nelson and the Deadly 7 set out on a quest across the globe to find and rescue his big sister. Somewhere along the way, Nelson realises that he finally has friends, even if they are smelly, lazy friends who like smashing stuff up.

Kids love to read and so in addition to our Lovereading expert opinion some of our Lovereading4kids Reader Review Panel were also lucky enough to read and review the The Deadly Seven. You can read their full reviews by clicking here.

When Nelson’s sister goes missing, he is left with his Uncle Pogo. Whilst helping his uncle in St Paul’s, Nelson accidentally extracts his own seven deadly sins. These exuberant little monsters follow him home, and together they embark on a journey to find his sister. This hilarious and gripping adventure story is a real pleasure to read. (Ages 9–11) 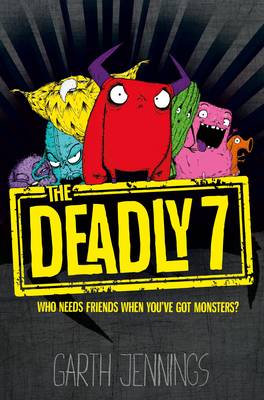 Garth Jennings has directed many music videos and commercials as one third of the production company Hammer and Tongs. His work includes videos for Blur, Radiohead, Beck, Fatboy Slim and Vampire Weekend. He is the director of two feature films - The Hitchhiker's Guide to the Galaxy (2005) and Son of Rambow (2007) for which he also wrote the screenplay. He is currently directing an animated feature for the studio that created Despicable Me. 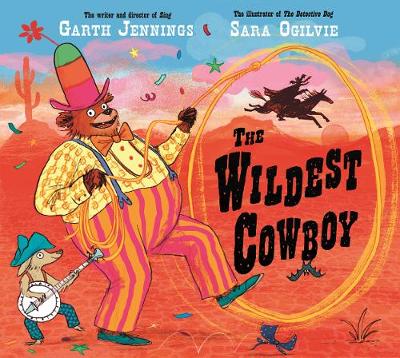 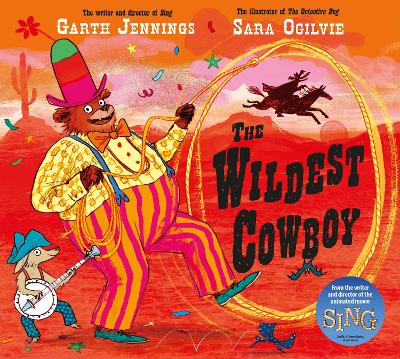 View All Books By Garth Jennings