The Songbird Cafe Girls Mollie Cinnamon is Not a Cupcake

Part of the The Songbird Cafe Girls Series

March 15 Book of the Month  When her TV presenter mum flies off to Australia for two months, thirteen year old Mollie is sent to stay with the great-grandma she hardly knows on the tiny island of Little Bird. She feels like Dorothy landing in Oz, everything is totally different to what she knows. Though she gets off to a bad start, making an enemy of one of the few other girls who live on the island, helping out in the Songbird Café gives her a different perspective on the island, and she soon makes friends. This is perfectly pitched for pre-teen readers. Sarah Webb gets Mollie’s voice spot on, and the emotional journey she makes is totally convincing. The setting is delightful, and the cast of island characters so lovely everyone will want to live there.   ~ Andrea Reece

A letter from the author ~

I’ve always loved books about islands: Enid Blyton’s Five on a Treasure Island and The Secret Island; the wonderful Irish adventure Island of the Great Yellow Ox by Walter Macken; the Anne of Green Gables books, which are set on Prince Edward Island in Canada; and a very old book called The Swiss Family Robinson, which my mum used to read to me, and is about a family who are stranded on a desert island.

A few years ago, I stayed in a yurt (a round Mongolian tent) on a small island called Cape Clear. It was so quiet, so peaceful. There was no traffic noise, only the odd dog barking and birds calling. One night as I lay on the grass, looking at the stars – there were so many glittering above me that I saw not one but two shooting stars – I started to think about what it might be like to live on a small island.

I decided I’d like to create and write stories about my very own island, Little Bird. At its heart would be a very special cafe, the Songbird Cafe − a place where everyone on the island meets. And then I introduced Mollie Cinnamon, a girl who is used to city life, and I stood back and watched the island’s magic cast its spell on her.

I hope you have the chance to visit a stunning island like Cape Clear one day. Until then, you can read about Mollie and her journey from city slicker to island girl.

Best and many wishes,

P. S. For teacher’s notes on using Mollie Cinnamon Is Not a Cupcake in the classroom, see www.SarahWebb.ie.

The Songbird Cafe Girls Mollie Cinnamon is Not a Cupcake Synopsis

After a visit to the Songbird Cafe on Little Bird Island, it seems dreams really can come true... First book in a heartwarming series about friendship, family and wishes for readers aged 9 years and up.

Will Mollie ever find a place to call home? Mollie is stuck on a tiny island with her great-grandmother while her mum travels the world filming her new TV series. Mollie is so bored and lonely until she makes friends with Sunny and Alanna at the Songbird Cafe. Disaster strikes, though, when the cafe is threatened with closure. Can the new friends work together to save it?

‘Fabulously funny; this is a brilliant read’ Mizz magazine 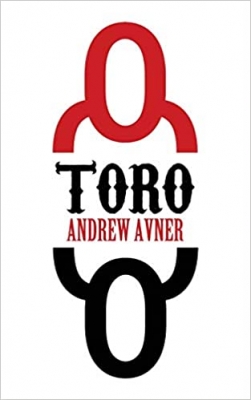 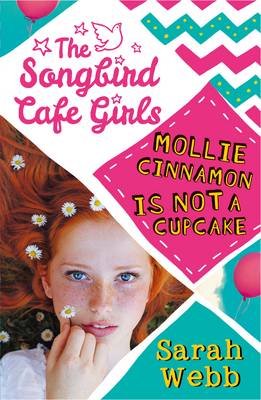 Sarah Webb has written seven bestselling novels including, ‘When the Boys Are Away’, ‘Take a Chance’, and ‘Always the Bridesmaid’. Her books have been published in many different countries including the U.S. and Indonesia. She has also written four children’s books, has contributed short stories to many collections including ‘Moments’, and has compiled and edited two charity collections of her own, ‘Travelling Light’ and ‘Mum’s the Word’. Sarah studied Arts in Trinity College, Dublin and worked in the book trade for many years ... 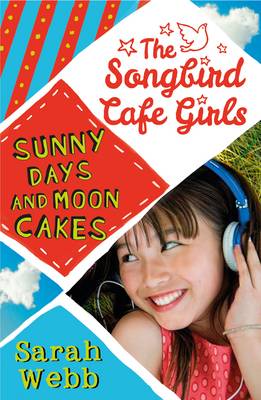 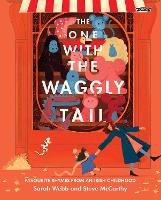 View All Books By Sarah Webb