Selected by a distinguished independent panel of experts including our editorial expert, Julia Eccleshare, for Diverse Voices - 50 of the best Children's Books celebrating cultural diversity in the UK.

Haunting, tragic and distressing in what it reveals about man’s inhumanity to man, Refugee Boy is also an affirming story of one boy’s amazing courage and several other individual’s goodness and integrity. Caught up in the war between Ethiopia and Eritrea, Alem’s life is in danger at home. To make sure he survives, Alem’s father brings him to Britain and abandons him to seek asylum and find a new and better life. The story of how Alem retains his dignity and independence in the most challenging of circumstances while also adapting to the demands of a new life is strongly told.

Alem, the product of an Ethiopean father and Eritrean mother, is left alone in London, his fate resting in the hands of the Refugee Council and the British justice system. This story charts Alem's fate as he is moved from children's home to foster family, and in and out of court hearings.

'[The] story of a young Ethiopian boy, whose parents abandon him in London to save his life.' - Katy Guest, literary editor for The Independent on Sunday 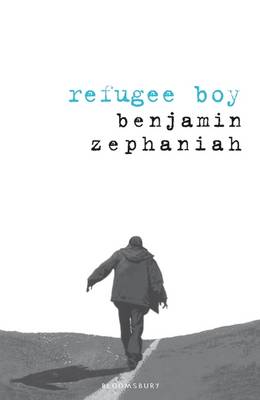