LoveReading View on The Song from Somewhere Else

A Julia Eccleshare Book of the Month November 2016   Award-winning A.F. Harrold blends reality and imagination in a moving and thought-provoking story about friendship, loneliness and being brave when things are difficult. Bullied at school and unsupported at home, Frank makes an unusual friendship with Nick, the weird boy in her class who everyone else shuns. After Nick rescues Frank from the bullies, she goes round to his house where she discovers something very unusual. What should Frank believe about what she sees? And should she keep Nick’s secret? Levi Penfold’s illustrations add to the illusory feel of this story that tests imagination and belief and leaves the reader wondering. ~ Julia Eccleshare

Julia Eccleshare's Picks of the Month for November 2016

The Song from Somewhere Else by A. F. Harrold and Levi Pinfold

Murder in Midwinter by Fleur Hitchcock

The Giant's Necklace by Michael Morpurgo and Briony May Smith

The Song from Somewhere Else Synopsis

Frank doesn't know how to feel when Nick Underbridge rescues her from bullies one afternoon. No one likes Nick. He's big, he's weird and he smells - or so everyone in Frank's class thinks. And yet, there's something nice about Nick's house. There's strange music playing there, and it feels light and good and makes Frank feel happy for the first time in forever. But there's more to Nick, and to his house, than meets the eye, and soon Frank realises she isn't the only one keeping secrets. Or the only one who needs help ...

A poignant, darkly comic and deeply moving story about the power of the extraordinary, and finding friendship where you least expect it. Written by the author of the critically acclaimed The Imaginary and illustrated by award-winning illustrator Levi Pinfold, this is perfect for fans of Roald Dahl and Neil Gaiman.

The Song from Somewhere Else Press Reviews

"Broodingly atmospheric ... A fantasy blending the strange and the everyday"  Sunday Times

"Extraordinary ... as moving, strange and profound as Skellig"  Guardian

Praise for The Imaginary:

“The kind of children's book that's the reason why adults should never stop reading children's books. Touching, exciting and wonderful to look at (Emily Gravett's illustrations are incredible), I absolutely adored this.” – Robin Stevens

“Packed full of heart, but also deeply disturbing and eccentric, it’s a wonderful collaboration. I’m not sure words and pictures have ever fitted together quite so seamlessly.” – Phil Earle

"By turns scary and funny, touching without being sentimental, and beautifully illustrated by Emily Gravett, The Imaginary is a delight from start to finish.” - The Financial Times

“This is young fiction of the very best quality, showcasing inspiration, inventiveness and an intoxicating passion for storytelling. The Imaginary has the potential to be a family favourite and a future classic.” – Booktrust 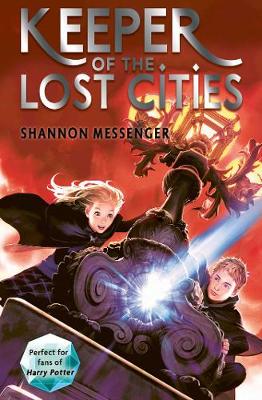 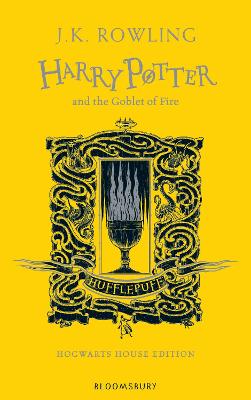 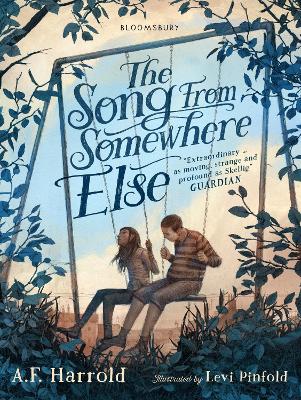 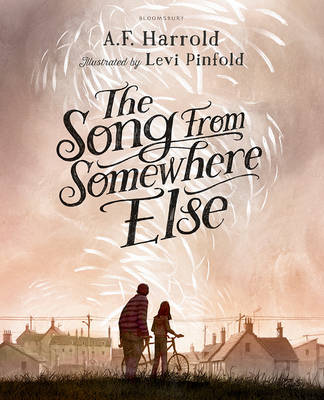 A.F. Harrold is an English poet (1975-present). He writes and performs for adults and children, in cabaret and in schools, in bars and in basements, in fields and indoors. He was Glastonbury Festival Website's Poet-In-Residence in 2008, and Poet-In-Residence at Cheltenham Literature Festival in 2010. He won the Cheltenham All Stars Slam Championship in 2007 and has had his work on BBC Radio 4, Radio 3 and BBC7. He is active in schools work, running workshops and slams and doing performances at ungodly hours of the morning, and has published several collections of poetry. He is the owner of many books, a handful of ... 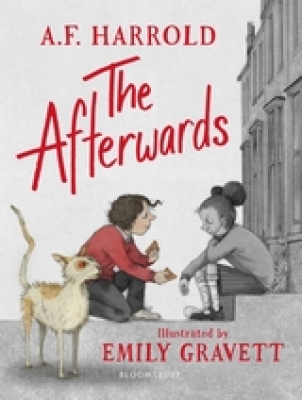