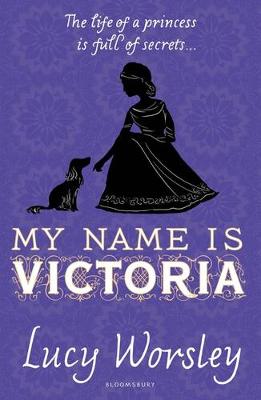 My Name is Victoria

A Julia Eccleshare Book of the Month March 2017  | Revered and deservedly popular as a Queen, Victoria was much less successful or celebrated when she was still a princess. TV historian Lucy Worsley spins a wonderful adventure around the childhood of the queen as seen through the eyes of a girl of the same age brought in to be a playmate for the headstrong young princess – and to spy on her. Packed with sinister intrigue and adult dishonesty the adventure is gripping. So too is the portrait of a difficult young royal being brought up in very challenging circumstances. ~ Julia Eccleshare

My Name is Victoria Synopsis

'You are my sister now,' Victoria said, quietly and solemnly. 'Never forget it. I love you like a sister, and you are my only friend in all the world.'

Miss V. Conroy is good at keeping secrets. She likes to sit as quiet as a mouse, neat and discreet. But when her father sends her to Kensington Palace to become the companion to Princess Victoria, Miss V soon finds that she can no longer remain in the shadows. Miss V's father has devised a strict set of rules for the young princess, which he calls the Kensington System. It governs her behaviour and keeps her locked away from the world. He says it is for the princess's safety, but Victoria herself is convinced that it is to keep her lonely, and unhappy.

Torn between loyalty to her father and her growing friendship with the wilful and passionate Victoria, Miss V has a decision to make: to continue in silence, or to speak out. By turns thrilling, dramatic and touching, this is the story of Queen Victoria's childhood as you've never heard it before.

Lucy Worsley is Chief Curator at Historic Royal Palaces, the independent charity that runs the Tower of London, Hampton Court Palace and other sites, which attract more than four million visitors a year. Lucy also presents history programmes for the BBC on topics including royal palaces and the court, such as Britain's Tudor Treasure with David Starkey. She had an exciting new project about Henry VIII and his court coming up on BBC One in 2016.

More About Lucy Worsley
Add To Wishlist
Buy from our bookstore and 25% of the cover price will be given to a school of your choice to buy more books. 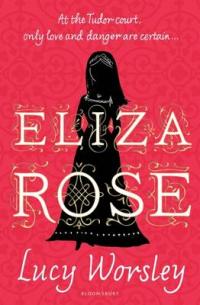