In the opulent palace of Ohaddin, women have one purpose - to obey. Some were brought here as girls, captured and enslaved; some as servants; some as wives. All of them must do what the Master tells them, for he wields a deadly and secret power. But the women have powers too. One is a healer. One can control dreams. One is a warrior. One can see everything that is coming. In their golden prison, the women wait. They plan. They write down their stories. They dream of a refuge, a safe place where girls can be free. And, finally, when the moon glows red, they will have their revenge.

A Piece of Passion from Adam Freudenheim, MD and publisher of Pushkin Children’s Books about the first in The Red Abbey Chronicles, Maresi:  “I was blown away by Maresi, quite simply. Turtschaninoff has written an incredibly original, vivid and gripping story with appeal not only for YA readers but far beyond. And embedded in the story is a passionate feminist voice that will resonate with a wide variety of readers. It is testament to the sheer quality of Maresi that we have chosen it as our first ever YA title, and I’ve no doubt that Maresi and The Red Abbey Chronicles as a whole will become classics of the genre.”

Some of our Lovereading4kids Reader Review Panel were lucky enough to read and review the first of The Red Abbey Chronicles, Maresi. You can read their full reviews here.

An unforgettable feminist epic, shot through with hypnotic dark charm The Bookseller

Bears comparison with the best of Ursula K. Le Guin Helsingin Sanomat Maresi stands out for its startling originality, and for the frightening plausibility of the dangerous world it creates Rebecca Hawkes, Telegraph

Maresi is rich, powerful vision - thrilling, harrowing and exhilarating by turns. It conjures up a startlingly well-fashioned world that's different to ours, yet disturbingly familiar. It grips like a vice and enchants like a distant song. It's tale-telling as strong, complex and admirable as its heroine Jonathan Stroud, author of The Amulet of Samarkand

Turtschaninoff weaves a hypnotic spell... at once contemporary and timeless Guardian

Brutal and beautiful, Maresi walks the knife edge so thrillingly I read it in one sitting. Embued with myth, wonder, and told with a dazzling, compelling ferocity. I can hardly wait for the next instalment Kiran Millwood Hargrave, author of The Girl of Ink and Stars

Dark, powerful and original... it really stands out in a very crowded YA marketplace. Thrilling, suspenseful and gloriously feminist The Bookseller

Full of courage. Dark, brave and so gripping you will read it in one sitting Laura Dockrill

A beautifully painted, fantastical setting like no other; this story will resonate with me for a long time Ben Alderson, booktuber

Atmospheric, immersive and definitely original, Maresi has a quiet urgent magic that makes her story powerful, poignant and memorable For Books Sake

A few times in a life time, a book comes along that wraps you completely in its world and its characters. Wildly imaginative and vivd and filled with wonders... this book makes me proud to be a woman Casey Daveron, booktuber (Casey Ann Books)

Maresi is a tale of sisterhood, survival and fighting against the odds that will capture the hearts of both teen and adult feminists alike and will leave you feeling extremely empowered... I think it's a very special book and one that deserves lots and lots of attention Lucy Powrie, booktuber (Queen of Contemporary)

Maresi is an incredible book... if you like Louise O'Neill's Only Ever Yours, you'll love this. Fantastically original... [and] a very important read Amber Kirk-Ford, booktuber (The Mile Long Bookshelf)

Absolutely incredible, wonderfully mesmerising and a complete delight...I will definitely read whatever Turtschaninoff writes in future. Maresi completely captured my heart along with my imagination, and I'm not sure I want it back Once Upon a Bookcase

This dark, deceptively simple story is a great addition to the growing feminist fantasy genre Scotsman

Beautifully written... Maresi has a touch of Katniss about her, and although the target market is different, female lovers of dystopian fantasy adventures will enjoy the journey The School Librarian 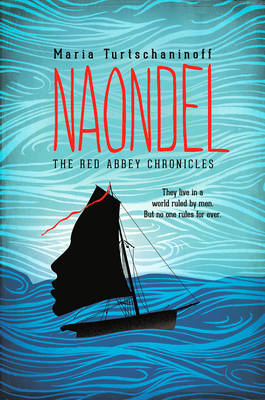 Maria Turtschaninoff was born in 1977 and has been writing fairy tales since she was five. She is the author of many books about magical worlds, has been awarded the Swedish YLE Literature Prize and has twice won the Society of Swedish Literature Prize. She has also been nominated for the 2017 Astrid Lindgren Memorial Award and the 2017 CILIP Carnegie Medal. Naondel is part of the Red Abbey Chronicles which began with Maresi. Follow Maria Turtschaninoff on Instagram. 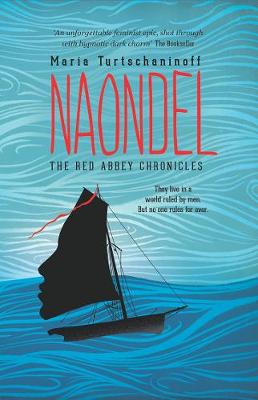 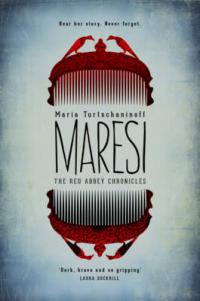 View All Books By Maria Turtschaninoff