Longlisted for the Branford Boase Award 2018  |  In a nutshell: politics and the personal combine in a thoughtful, well-told and moving story

Catherine Barter’s excellent novel is primarily the story of a girl’s search to find out more about her mother, but that’s just part of a complex set of themes and plotlines which include terrorism, politics and activism, as well as family relationships. She holds everything together with real skill and in central character Alena has created a completely believable and sympathetic heroine, with a memorable voice. Alena’s mother died when she was a toddler and she’s been brought up by her brother and his boyfriend. Their happy home-life is disrupted when Alena finds photos of her mother at Greenham Common, for some reason this really upsets Danny. Nick is hurt when Danny accepts a job with a politician he regards as dangerous populist; meanwhile, someone is planting bombs in supermarkets. The personal and the political merge making for compelling reading. ~ Andrea Reece

A Letter from the Author:

For much of the time I was writing Troublemakers, I was working at a radical bookshop, Housmans, in King’s Cross. (I still am.) Housmans is thriving right now. Our shelves are floor-to-ceiling crammed with books celebrating the history of protest and activism, and books that map out alternative futures, offering ideas and strategies for a better, fairer, more peaceful world. In turbulent times like these, maybe it’s not surprising that we’re busier than we’ve ever been.

This is a time when we’re perpetually reminded of the threat of terrorism, and our fears are used to justify all kinds of political manoeuvring, from immigration crackdowns to enhanced surveillance powers. Today’s teenagers have grown up in this climate: it’s probably hard to imagine anything else. And there’s a few politicians who are expert at exploiting fear to bolster their own strength. There’s a character a lot like this in Troublemakers.

This book was partly inspired by the fearful times we live in. Watching the news can make it can seem like it’s safer to stay at home rather than go out into the world and try to make a change – but still, a lot of people right now are doing exactly that.

The main character in Troublemakers, Alena, is coming to realise that her mother was that kind of person: an activist who wasn’t afraid of trouble. The more Alena learns, the more she wonders if she might be that kind of person, too. But her older brother, her guardian, is more concerned with keeping her safe even when that means telling lies.

Troublemakers is about families, loss, and dealing with the things we can’t change. But it’s also about the things we can change, and sometimes the necessity of trying, regardless. While I was writing it, I thought a lot about some of the big anti-war protests that took place while I was growing up. Terrible things were unfolding in the world, but it was inspiring to see thousands of people collectively standing up to power. Following a certain U.S. election, we’ve just witnessed another huge, international mass protest. Hopefully it’s given some inspiration to today’s teenagers, the next generation of activists.

I’m sure I’m not the only bookseller to dream about seeing their own book on the shelves, and after a long of time of writing away at evenings and weekends, I’m so excited that Troublemakers is soon to be published. If you read it, I really hope you enjoy it.

In three years I will be able to vote and I will still have less power than I did at the moment that I saw that email, which was such a tiny thing but look what happened.

Fifteen-year-old Alena never really knew her political activist mother, who died when she was a baby. She has grown up with her older half-brother Danny and his boyfriend Nick in the east end of London. Now the area is threatened by a bomber who has been leaving explosive devices in supermarkets. It is only a matter of time before a bomb goes off. Against this increasingly fearful backdrop, Alena seeks to discover more about her past, while Danny takes a job working for a controversial politician. As her family life implodes, and the threat to Londoners mounts, Alena starts getting into trouble. Then she does something truly rebellious.

In addition to the review by one of the Lovereading4kids editorial experts some of our Lovereading4kids Reader Review Panel members were also lucky enough to read and review this title. You can read their full reviews by clicking here.

I loved it, so much so that as soon as I finished I started reading it again. Completely brilliant -- Keren David, author of Salvage

I couldn't put Troublemakers down. It's a real page-turner, with utterly believable characters who are all trying to do their best. Barter is a fresh, exciting new voice, and I can't wait to see what she does next. -- Susin Nielsen

I think it's really brilliant and I absolutely loved it - the voice is terrific. I hope it's loved as much as Jenny Downham's Unbecoming. -- Aoife Walsh, author of Too Close To Home

A stunning and exciting addition to the UKYA market. -- Kirsty O'Connor Overflowing Library 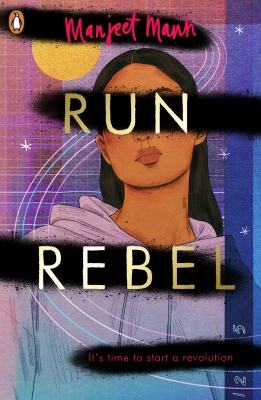 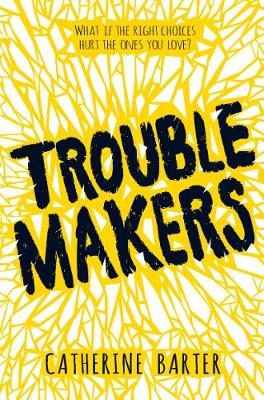 Catherine Barter has worked in a library, a bookshop and for an organisation campaigning for the rights of garment workers. After gaining a PhD in American literature, she moved to East London and now co-manages Housmans, a radical independent bookshop in King’s Cross. Troublemakers is her debut novel and was shortlisted for the 2014 Bath Novel Award for unpublished work. Author photo © Georgie Lord

View All Books By Catherine Barter