Brightstorm is everything a proper children’s adventure story should be: it’s exciting, funny and surprising, and stars two young people who show real courage, loyalty and resilience. Twins Maudie and Arthur Brightstorm are left alone in the world when their explorer father dies on a daring expedition to the unchartered territory South Polaris. Worse news follows when he is accused of breaking the explorer’s code. Not only is he disgraced, but his property is forfeit leaving the children destitute. The twins are determined to clear his name and run away to join the crew of the sky-ship Aurora, also setting off for South Polaris. Under Captain Harriet Culpepper, they’ll explore strange lands, meet some extraordinary people, and learn more about themselves, as well as their father. A terrific read, this is one to recommend to fans of Abi Elphinstone and Katherine Rundell.

March 2018 Debut of the Month |  In a nutshell: thrilling, original adventure story

Readers who enjoy Brightstorm should read Sinead O’Hart’s The Eye of the North too.

Books in The Brightstorm Series:

Twins Arthur and Maudie receive word in Lontown that their famous explorer father died in a failed attempt to reach South Polaris. Not only that, but he has been accused of trying to steal fuel from his competitors before he died! The twins don't believe the news, and they answer an ad to help crew a new exploration attempt in the hope of learning the truth and salvaging their family's reputation. As the winged ship Aurora sets sail, the twins must keep their wits about them and prove themselves worthy of the rest of the crew. But will Arthur and Maudie find the answers they seek? 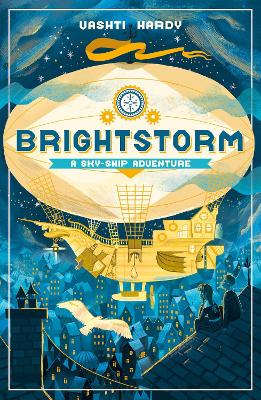 Vashti Hardy is the author of BRIGHTSTORM which has been shortlisted for the Waterstones Children’s Book Prize. An active member of the Golden Egg Academy, she lives near Brighton with her family. 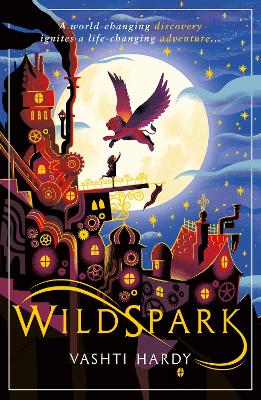 View All Books By Vashti Hardy