LoveReading View on Unhooking the Moon

One absolutely, indisputably MEGA story! This highly recommended title is a beautifully written, utterly original, funny and bittersweet tale about two newly orphaned kids who embark on an epic road trip to New York to find their long lost uncle.

"All of us felt that Unhooking the Moon stood out from the beginning of our discussions. As a writer Gregory Hughes has a genuinely unique voice. Unhooking the Moon is original, poignant and funny and full of terrific characters and gripping storytelling, while also managing to explore the kind of themes teenagers will find engaging."

The shortlist of six on the teenage Book prize included: Halo by Zizou Corder, Nobody's Girl by Sarra Manning, The Enemy by Charlie Higson, Revolver by Marcus Sedgwick, Out of Shadows by Jason Wallace and Unhooking the Moon by Gregory Hughes.

I am the Blade

When I was Joe

Meet the Rat: A dancing, football-playing gangster-baiting ten-year-old. When she foresaw her father's death, she picked up her football and decided to head for New York. Meet her older brother Bob: Protector of the Rat, but more often her follower, he is determined to find their uncle in America and discover a new life for them both. On their adventures across the flatlands of Winnipeg and through the exciting streets of New York, Bob and the Rat make friends with a hilarious con man and a famous rap star, and escape numerous dangers. But is their Uncle a rich business man, or is the word on the street, that he something more sinister, true? And will they ever find him? Hughes has created a funny, warm, unique world that lives and breathes. Like I Capture the Castle, Breakfast at Tiffany's, The Curious Incident, Hughes' story and characters will resonate for many and for years to come. 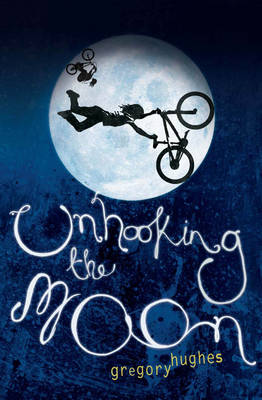 Gregory Hughes was born and lives in Liverpool. After being expelled from Jesuit school, he went to a home for wayward boys, where he spent some very happy times. After some madcap years in his youth, he went to University to study computers. He has worked as everything from a dishwasher to a deep sea diver, and has worked in many countries including Norway, Canada and America. Author Q&A What was your inspiration for this book? I would say my god-kids and my favourite books: The Great Gatsby, To Kill a Mocking Bird, The Catcher in the Rye. ...

View All Books By Gregory Hughes