Garen Ewing surpassed himself in the first volume of The Rainbow Orchid and this, the second one, is an absolute cracker.  The panel artwork is beautifully rendered and the storyline incredibly intricate and yet hugely accessible to any reader – child or adult. Find out whether Julius Chancer has what it takes to survive the perils of India and uncover the legend of the rainbow orchid.

About the series: The Rainbow Orchid is an ambitious blend of classic storytelling and cinematic artwork in which adventure, historical drama and legend are seamlessly intertwined. If you like your comics full of mystery and adventure and you love the worlds of H. Rider Haggard, Arthur Conan Doyle, Jules Verne, Edgar P. Jacobs and Hergé, then you'll love this. The Rainbow Orchid is traditional adventure at its best. It will be enjoyed immensely by readers of all ages and both sexes.  The Rainbow Orchid began life as a web comic and is now one of the most acclaimed online comics ever. It first appeared online in 2002 and has since had millions of hits.

Why not explore the world of Julius Chancer in more detail by going to www.juliuschancer.co.uk.  Discover how the adventure comes to life, from script to sketch to finished page, and learn how to make your own comic. Watch a film of the author drawing actual panels in The Rainbow Orchid.  You can even sign up to the author’s Adventurer’s Society.

In Volume Two, the heroic Julius Chancer journeys from Europe to the Indian sub-continent as he steps up his quest for the rainbow orchid. He soon discovers that he's not the only one seeking the mystical flower: he has enemies more dangerous than he could ever have imagined. The Rainbow Orchid is an ambitious blend of classic storytelling, and cinematic artwork, in which adventure, historical drama and legend are seamlessly intertwined. 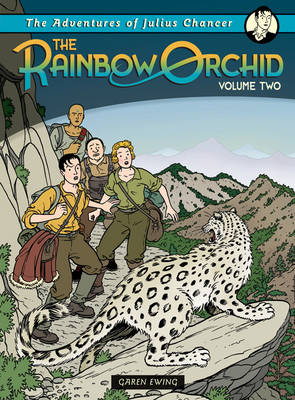 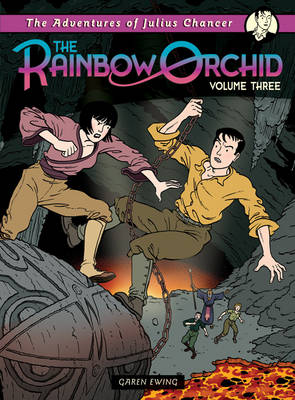 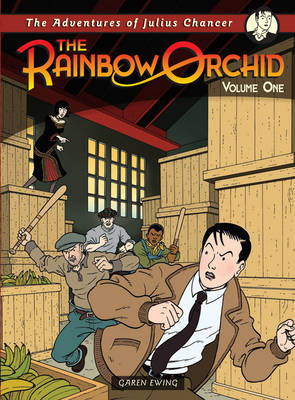