Suffice to say the reading of this book will take you the reader through every emotion you can think of, from great joy and laughter to utter sadness and loss.  At its heart is a story of friendship that will live long in your mind long after its finished and whilst reading it you will be utterly captivated.  This edition has some absolutely stunning colour illustrations throughout.

Michael's parents buy a yacht, and take him off to sail round the world. Washed overboard in a fierce storm, Michael finds himself on the shore of a remote island - and soon discovers he's not alone. Kensuke, a former Japanese soldier, survived the war and the bombing of Hiroshima, but his family perished. As an extraordinary bond forms between the two, Kensuke faces a heart-breaking choice: can he give up the secluded life he's built for himself to help reunite Michael with his parents? Knowing the pain of losing his own family, Kensuke knows which way he has to decide...

Here is a written review by James Goodall age 9. 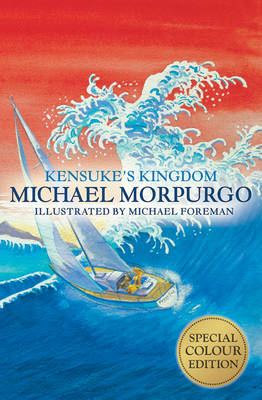