Captain Teggs is no ordinary dinosaur - he's an astrosaur! The Astrosaurs are on another mission when they almost crash into a deserted space station. It turns out to be a dinosaur prison that has been hit by a meteor and abandoned. Teggs and Iggy investigate - but are taken captive by two dastardly prisoners who are hiding out in the wreckage.

Astrosaurs Series - No. 4. Master criminals have a body-swap machine - and they use it on the Astrosaurs! Can Gipsy and Arx save their Captain before it's too late? 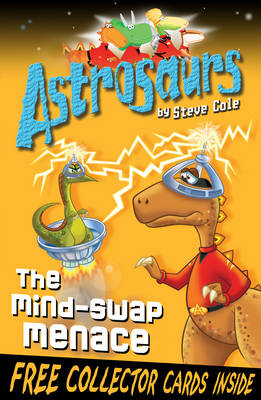