Mr. Gum and the Goblins

Mr. Gum and the Goblins Synopsis

Completely hilarious ... kind of The League of Gentlemen for kids' Zoe Ball Shabba me whiskers! It's a bold new look for Mr Gum, the best-selling cult classic, ready for a new generation of nibbleheads. Well, that old roo-de-lally Mr Gum and the hideous Billy William the Third are once more mucking things up for everyone. They're a-schemin' and a-hatchin' an' making their bad plans up on Goblin Mountain. And why? Because they're raising up an army of goblins to stink up the town of Lamonic Bibber once and for all! Can the brave travellers (the wise old man Friday O'Leary and the small girl Polly) make it past the Three Impossible Challenges of Goblin Mountain and save the town from a fate worse than something very bad indeed? In an epic tale of courage, valour and plain idiocy only one thing is sure: the truth is a lemon meringue! Mr Gum andthe Goblins is the third book in the internationally best-selling series by Andy Stanton, which has won everything from the Blue Peter Book Award (twice) to the Roald Dahl Funny Prize and the Red House Children's Book Award. Don't miss Mr Gum's other villainously brilliant adventures... You're a Bad Man, Mr Gum! Mr Gum and the Biscuit Billionaire Mr Gum and the Goblins Mr Gum and the Power Crystals Mr Gum and the Dancing Bear What's for Dinner, Mr Gum? Mr Gum and the Cherry Tree Mr Gum and the Secret Hideout Andy Stanton studied English at Oxford but they kicked him out. Before becoming a children's writer he was a film script reader, a market researcher, an NHS lackey, a part-time sparrow and a grape. He is best known for the hilarious, bestselling and award-winning Mr Gum series and has also written picture books, including Danny McGee Drinks the Sea. Andy lives in North London and likes cartoons, books and music (even jazz). David Tazzyman studied illustration at Manchester Metropolitan University. As well as illustrating the Mr Gum series, he has illustrated many picture books Eleanor's Eyebrows, You Can't Take an Elephant on the Bus, Michael Rosen's Jelly Boots, Smelly Boots and My Mum's Growing Down by Laura Dockrill. He lives in Leicester with his wife and three sons 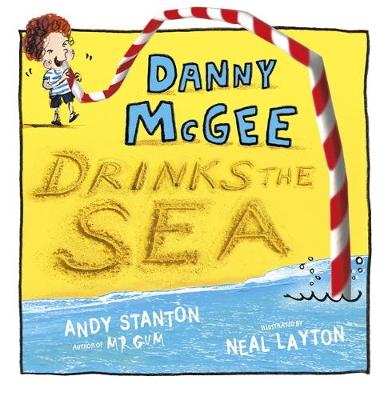 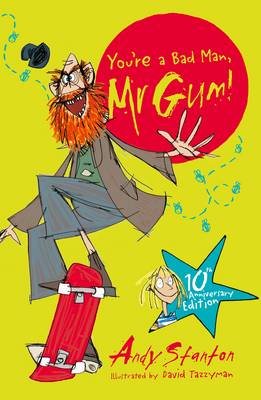