This clever picture book introduces the concept of animal characteristics by highlighting how there can be both differences and similarities within a group. For example, the zebra gallops, the bumblebee flies, the lemur leaps and the tiger prowls? But look closer now... We all have STRIPES!? And so it goes. Again and again, readers will be surprised to find that a group of four seemingly different animals all have one trait in common whiskers, horns, shells and the like for a total of thirteen traits in all. Observant children will notice that one of the animals from each group also appears on the following spread with three new animals that have a different characteristic in common. Finally, all forty of the featured animals are shown together, and readers are asked to search for those with specific characteristics not already covered in the book for example, those with spots, those who live in the ocean or those with six or more legs.

This engaging, celebratory paean to animal kingdom traits offers little ones a lively introduction to classification ...--Booklist Little ones will have fun examining the brightly colored, cartoonlike artwork, trying to figure out a common ground beyond obvious features such as mouths and eyes.--Kirkus Reviews ... will delight old and young alike ...--Canadian Children's Book News 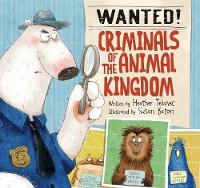 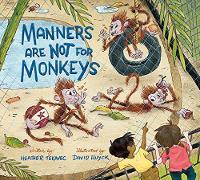 View All Books By Heather Tekavec