Part of the Shoutykid Series

LoveReading View on How Harry Riddles Mega-Massively Broke the School

April 2015 Book of the Month  Harry Riddles, aka the Shoutykid, is back for a new adventure. How can he solve all the problems of his family? Most urgently, with twins imminent, how can he get his sister a job far, far from home so that he doesn’t have to give up his bedroom when the twins come? Harry’s letters and emails to everyone he thinks might be able to help including President Obama and the Duke and Duchess of Cambridge are fresh and funny. They capture the widely varying concerns of Harry and many of his contemporaries.

Devotees of Geek-lit, as typified by Wimpy Kid, Tom Gates or Barry Loser, will be delighted with this second book in Simon Mayle’s laugh-out-loud series, Shoutykid. Harry Riddles has all the right geek credentials: an obsession with computer games; a dorky friend; an evil big sister; and a new threat to his happiness (his mother is about to give birth to twins). The action is described in a series of written communications with friends, family and, even on occasion President Obama and the Duke and Duchess of Cambridge. Letters, emails, texts and even the World of Zombies community forum are all employed to good comic effect and the epistolary format makes this a quick, easy read. Harry is resolutely cheerful, even when things are not going well, and these are warm as well as very funny stories. ~ Andrea Reece

Harriet Wilson, from publisher HarperCollins said about How Harry Riddles Made a Mega-amazing Zombie Movie, the first book in the Shoutykid series  “We snapped up Shoutykid because the hilarious voice of Harry Riddles shouted loud and clear that he was the funniest kid in fiction. You can’t help but fall for Harry – as his life unravels he remains relentlessly optimistic and his genuine belief that the world’s luminaries might lend him a hand (or a tenner) is both moving and side-splittingly funny. Now that Harry has found his voice, you’re sure to be hearing a lot more from him.”

My name is Harry Riddles, and I live with my mum, my dad and my EVIL sister Charlotte. But now my mum is having TWINS so either me or Charlotte are gonna lose our bedroom. ALSO, Dad's moaning that I should do more sport and not be just a gamer (which shows what he knows cos I'm actually the BEST gamer World of Zombies has ever seen). But I've joined the school football team to keep him happy although if we win anything it will be a miracle cos we suck.

I've written to some stars of the football world to see if they wanna help out, and also a bunch of people who might take Charlotte off our hands - oh and Brad Pitt's wife to see if she wants to adopt a couple more kids, but who knows if they will write back. We'll see.

Good luck and have fun.

Our Lovereading4kids reader review panel were invited to read and review the first book in the Shoutykid series, How Harry Riddles Made a Mega-amazing Zombie Movie...You can read their reviews here.

"Totally awesome...the trials of Harry Riddles life are laugh out loud funny. I could not stop laughing. Go out and grab a copy you won't be disappointed." Leia, age 10

"If you like Diary of a Wimpy Kid or Tom Gates you will like this book... it's really funny and it made me laugh." Isaac, age 8

"Awesome, epic, funny and entertaining. I love the way the book is written in the form of letters and emails and texts. I hope that the author writes lots more adventures for Harry." William, age 9 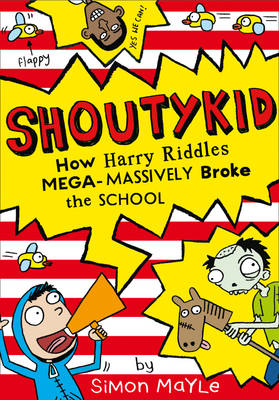 Simon Mayle grew up in the USA but now lives in Cornwall with his wife and their own shoutykids.  He is an award-winning screenwriter for film and TV and amongst his credits are There’s Only One Jimmy Grimble – winner of a Brown Bear at Berlin Film Festival, Golden Griffin at Giffoni and best feature at Vienna and Kyoto festivals. Shoutykid is his debut children’s novel. Photo credit Monty Whitebloom 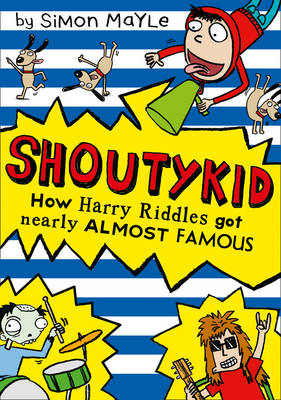 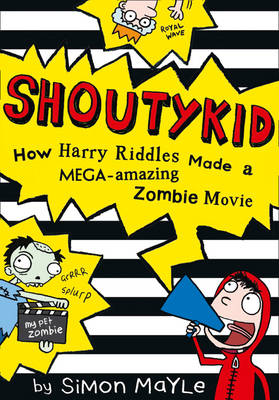 View All Books By Simon Mayle