A Julia Eccleshare Pick of the Month March 2017  Fun to read, this is a sprightly told tale of murder and trickery with a twisty plot and a cast of unlikely characters led by the smart and determined Rose Raventhorpe. Butlers are being murdered in Yorke and when one of them is Rose’s own beloved butler Argyle she knows she must begin to investigate. Especially as the black cats from the city’s walls are beginning to disappear too. Are the two facts related? Soon Rose is caught up in following the trails and finding out a great deal about the city’s butlers that she had never expected. ~ Julia Eccleshare

The author, Janine Beacham: ‘I am thrilled that Butlers and Black Cats has found a home with Little, Brown Books for Young Readers. I’ve dreamed of being published since the age of five, so it doesn’t get better than this.’

Born into the aristocracy, Rose Raventhorpe is expected to be prim and proper at all times, something she finds impossible. She loves nothing more than wandering around Yorke with her beloved butler Argyle, listening to the stories he tells about the city.

So when Argyle is murdered - the third butler to be stabbed in a week - Rose feels compelled to find out what really happen. Rose quickly discovers a whole world beyond her own, where trust is rare and suspicions are rife, a world filled with grave-robbers, magicians and the city’s ancient feline guardians. Can she bring the murderers of her faithful butler to justice? And can she ever learn to cut the perfect cucumber sandwich…with a sword?

This stunning debut by Australian author Janine Beacham is definitely one for the curious, who love stories that are a little dark and a little different Read it Daddy 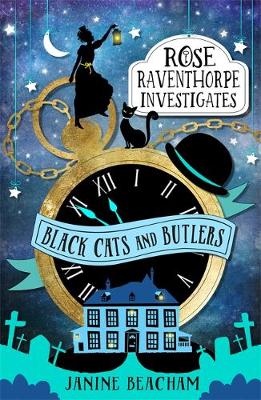 Janine Beacham is a former journalist but gave up journalism to raise her family. Instead she found herself concentrating on writing fiction. She has always loved fairy tales and fantasy, and as a child would make up games for her friends to play at school. Janine once won a competition where the prize was a real-life butler – which partly inspired the secret society of butlers in the Rose Raventhorpe Investigates series. Janine lives in Western Australia with her family. 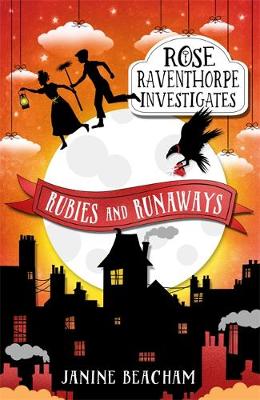 View All Books By Janine Beacham