LoveReading View on Rise of the Shadow Dragons

Set ten years after the events of Dragon Daughter, which featured revolutionary dragon-rider Milla, this sparkling sequel tells the story of Milla’s cousin, Joe. On his twelfth birthday Joe is out-of-this-world excited about attending the Hatching Ceremony, desperately hoping that this is the day he’ll be bonded with a dragon. But when Joe inadvertently ruins the ceremony and Milla must step in to rescue the situation, “Joe fled from his parents’ home, knowing he’d never be able to return.”

Ashamed to his bones, Joe has an epiphany after taking refuge in a cavern (“a home for a monster”) and meeting a stranger named Winter: “His old life was over. He’d messed it up spectacularly, but it was finished. He couldn’t hurt his parents any more. This was the new start he’d been looking for… Until he had become someone his parents could be proud of, he would stay dead.”

With the sweeping atmosphere of a classic hero story, Joe’s story is shot-through with themes of acceptance, making amends, courage and concord, against a backdrop of political - and volcanic - eruptions. What’s more, the author’s vibrant, visual storytelling paints a truly sensory picture of a world and its compelling cast of characters.

Read more about the series as we chat with Liz Flanagan

Liz Flanagan has been fascinated by dragons since childhood. Liz comments, ‘With their capacity for flight, dragons also symbolise freedom. If we can’t have wings of our own, maybe through reading, we can experience the next best thing: to be invited onto a dragon’s back to soar beyond the clouds and experience the exhilaration of flying. I loved writing the scenes – both in Dragon Daughter and Rise of the Shadow Dragons – where my protagonists finally get to ride their dragons. It’s a coming of age moment for each, coming into independence, freedom and possibility.’

Rise of the Shadow Dragons Synopsis

Jowan wants only one thing - to have a dragon of his own. Then disaster strikes, and his world suddenly turns into a darker and more dangerous place. But a new friend and an astonishing discovery could lead him to what he has always wanted... if he is just willing to take a leap of faith and brave the impossible. He needs to act fast though - a volcano is waking up!

'A thrilling fantasy quest . . . sure to lure fans of Christopher Paolini's Eragon and Rick Riordan' The Bookseller

‘A heart-stirring adventure’ Sophie Anderson, author of The House With Chicken Legs

‘Vividly immersive, exciting, magical and just so much fun!’ Stephanie Burgis, author of The Dragon with a Chocolate Heart

Liz grew up in Hebden Bridge, West Yorkshire where she lives with her husband and two teenage daughters. She completed a PhD in Creative Writing in 2017, and now divides her time between teaching creative writing and writing her own books. She loves doing school visits and talking to young people about writing and creativity. Previously, she ran Lumb Bank, the Arvon Centre for creative writing and former home of Yorkshire poet Ted Hughes. Liz adores animals and would have loved to find a hidden bag of dragon eggs as a child. She has to make do with her cat, dog ... 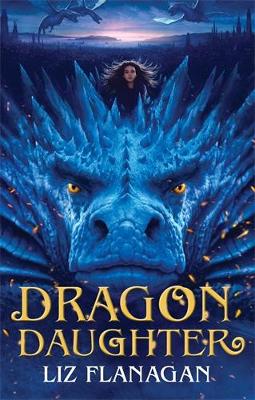 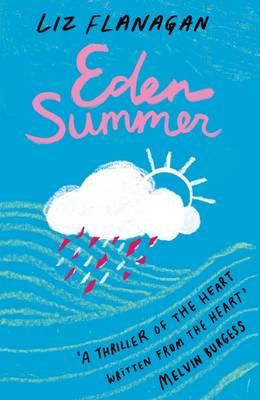 View All Books By Liz Flanagan