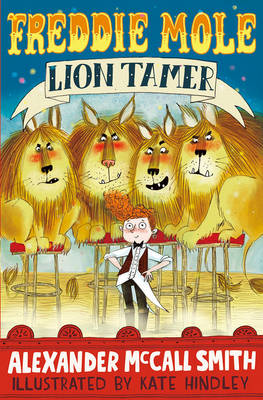 A Julia Eccleshare Pick of the Month March 2017  Freddie Mole is just an ordinary boy who never imagines that he will do anything brave. He certainly never dreams that he would be brave enough to become a lion tamer. But then, he didn’t know just what Ripper, Growler, Roarer and Prowler, the four lions in the circus would be like or how many tricks there are in any big-top performance. Freddie’s circus-life journey from floor-sweeping assistant to circus owner through roles as a trapeze artist and lion tamer are all quietly achieved largely by little more than being a thoroughly decent boy. With no magic and not much mystery to propel it, Freddie Mole’s whole-lifetime-adventure is nonetheless a charming and witty story about achieving what you wish for. ~ Julia Eccleshare

Roll up, roll up for a sensational circus story from the bestselling author of The No.1 Ladies' Detective Agency series, Alexander McCall Smith, with fun, energetic illustrations by Kate Hindley throughout. Join Freddie Mole as he tumbles through the air, flies around the big tent and tames four growling lions! Freddie is an ordinary boy who joins the circus one day. He can't believe his luck as he is asked to understudy some of the acts. But is he brave enough to go into the lions' cage? A joyful, exciting tale of bravery and showbusiness glamour by a much loved author.

Alexander McCall Smith has written more than fifty books, including specialist academic titles, short story collections, and a number of immensely popular children's books. But he is best known for his internationally acclaimed No. 1 Ladies' Detective Agency series, published in the US in 2002 and 2003. The first installment, The No. 1 Ladies' Detective Agency, received two Booker Judge's Special Recommendations upon its U.K. publication in 1998, and in 2003 received The Saga Wit Award (commonly known as the "silver Booker" for authors over the age of 50). The No. 1 Ladies' Detective Agency series now numbers a total of five books (he is working on the sixth) and has been optioned for feature film. The series has become an international bestseller, with more than 3.5 million copies in print in the U.S. alone.

McCall Smith was born in Zimbabwe (formerly called Southern Rhodesia) and was educated there and in Scotland. He became a law professor in Scotland, and it was in this role that he first returned to Africa to work in Botswana, where he helped to set up a new law school at the University of Botswana. He was for many years Professor of Medical Law at the University of Edinburgh, and a visiting professor at a number of other universities elsewhere, including ones in Italy and the United States (where he has twice been visiting professor at SMU Law School in Dallas, Texas).

Alexander McCall Smith currently lives in Edinburgh with his wife Elizabeth (an Edinburgh doctor), their two daughters Lucy and Emily, and their cat Gordon. His hobbies include playing wind instruments, and he is the co-founder of an amateur orchestra called "The Really Terrible Orchestra" in which he plays the bassoon and his wife plays the flute.

More About Alexander Mccall Smith
Add To Wishlist
Buy from our bookstore and 25% of the cover price will be given to a school of your choice to buy more books. 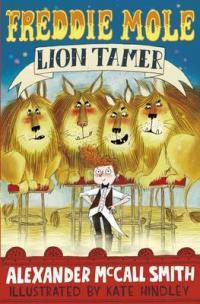